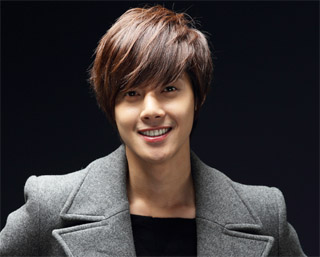 
Hallyu sensation Kim Hyun-joong will have a frank discussion about his struggles with depression on a special MBC program profiling the singer, which will air on Saturday.

Kim will reveal the dark thoughts that went through his mind during his time in Japan on “Special Report: The K-pop Star Who Bewitched the World - Lucky Guy Kim Hyun-joong,” the show’s producers said.

MBC said that never-before-seen footage of Kim from his Japan arena tour will be shown to accompany the stories.

In addition, the 25-year-old star will open up about his 10-year friendship with JYJ’s Kim Jae-joong, whom he met before either successfully broke into the entertainment industry in Korea.

To examine Kim from a different angle, friends of the star will also appear on the special Hallyu program to discuss his school days.

And as Kim is currently preparing for the release of a new album in June, details about the upcoming record will be divulged on the show, too.