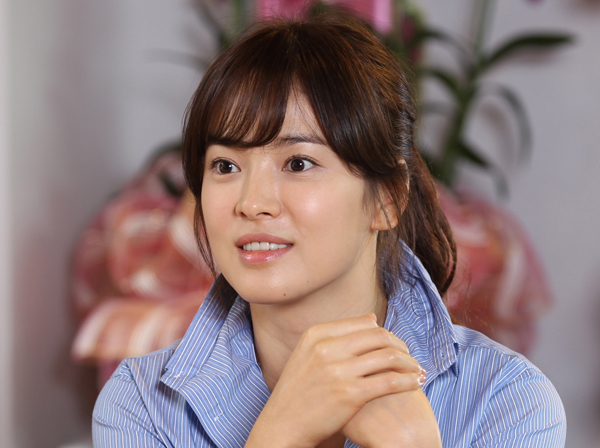 
Actress Song Hye-gyo has recruited the help of activist Seo Kyoung-duk, a visiting professor at Sungshin Women’s University, to distribute pamphlets about the Korean independence movement during the Japanese colonial period.

The brochures will be placed at the building in Shanghai that once was the home of the Korean government in exile as it fought to regain control of the country from its Japanese rulers.

The pamphlets include a chronological table of Korea’s independence movement as well as information about the government office in Shanghai.

“We’ve placed 30,000 copies of the brochures at the office,” Seo said. An additional 10,000 each have been placed at the memorial of independence activist Yoon Bong-gil as well as at the former accommodations of exile government officials in Shanghai, he explained.

The pamphlet was written in Korean and Chinese so that visiting Korean tourists as well as local residents in the Chinese city can understand them.