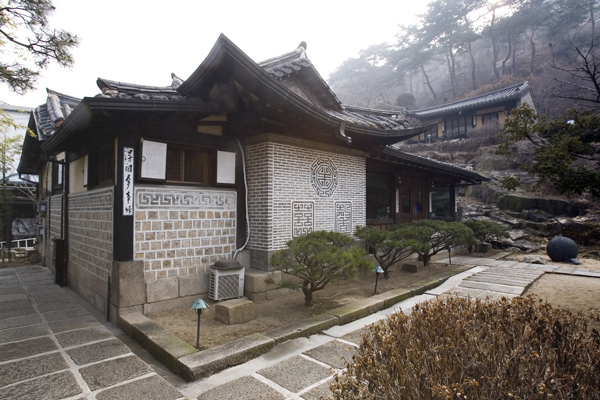 Seokparang offers a scenic view in addition to a menu based on cuisine that was served at the royal palace. [JoongAng Ilbo]


Philkyungjae is hardly the only place in Seoul where good food and history come together. There are some other storied hanok (traditional Korean houses) that have also transformed themselves into classy, upscale restaurants, emerging as regulars on the to-do lists for foreign dignitaries visiting Seoul.

Most of them exclusively serve hanjeongsik - or Korean table d’hote - but some of them have also decided to serve Western food and beverages, which has triggered mixed reviews. 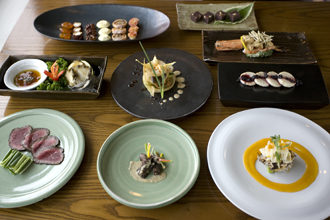 One well-known traditional restaurant is Samcheonggak (www.samcheonggak.or.kr), located on Mount Bugak in Seongbuk District. It opened in 1972 as a yojeong, or upscale gentlemen’s club, and was frequented by powerful figures until the 1990s.

It reopened as a Korean restaurant and performance venue in 2001, and has hosted visitors such as Berlin Philharmonic conductor Simon Rattle, German rock band The Scorpions and Queen Elizabeth II of the United Kingdom, among others.

Some of the menu highlights of Samcheonggak include roasted adductor muscle of shellfish; dolsot bibimbap (rice with assorted vegetables in a stone bowl); and japchae (stir-fried glass noodles with vegetables).

Seokparang (www.seokparang.co.kr) in Hongji-dong, Jongno District, is another recommendation for lovers of Korean food and history.

Seokparang offers food like that served at the royal palace, and its most famous deserts include persimmon punch, fresh ginseng and yugwa, or a traditional oil-and-honey pastry.

There is also Mingadaheon, or “a tea place for the Mins,” in Insa-dong, Jongno District.

The house used to be owned and occupied by the family of Min Ik-du, a descendant of Korea’s last queen, Myeongseong, or Queen Min (1851-1895), in the early 20th century. It fell into a state of disrepair after being sold to another family and was on the verge of falling down until the city intervened.

Today, Mingadaheon is an upscale restaurant and has been designated Important Folklore Material No. 15 by the city. Unlike most hanok restaurants, it serves Western-style food with a wide selection of wine.