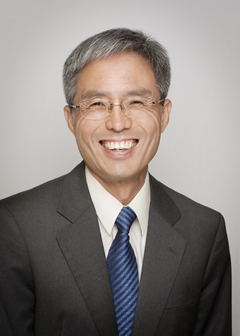 As global financial regulations get tougher, regulators are scrutinizing harder the source of the data they depend on for much of their livelihoods: accounting firms.

Serving as the main arena of discussion to improve the quality of auditing across national borders is the International Forum of Independent Audit Regulators (IFIAR), a global body of supervisory agencies from 41 nations in addition to financial regulators from other sectors.

To mark the first time that Korean regulators are hosting a plenary meeting of the IFIAR, which is taking place in Busan from Monday, the Financial Supervisory Service’s Chief Accountant Kim Ho-joong spoke recently about hot issues in the field of corporate auditing.

“Since the 2008 financial crisis, there have been questions about whether accounting firms did their jobs properly in terms of auditing the investment banks and other financial companies that were involved.”

He said the crisis led regulators to try and adopt stronger rules, such as excluding from confidentiality agreements any wrongdoing by the enterprise being audited, as well as new measures related to the way auditors are designated and rotated.

“Sound auditing requires both competence and independence. But when an accounting firm audits a company for many years, it can become collusive and lose that independence,” he noted. “Thus, U.S. and European countries are considering the mandatory rotation of auditors for the first time.”

Apart from that, the upcoming plenary sessions will also serve as a platform for financial regulators to address the problem of sharing data on cross-border listings.

“There have recently been problems [concerning questionable accounting] related to Chinese companies listed on Korean stock exchanges, such as China Gaoxian Fibre Fabric Holdings,” Kim said. “But Korean regulators cannot see the audit files because the auditors for those companies are accounting firms based in China, and there is no bilateral audit information exchange between the two countries’ regulators.”

Cross-border listings for Korean companies are becoming more frequent. For example, Samsung Electronics trades on the London Stock Exchange and KT&G trades on the NYSE. An agency like IFIAR may eventually develop into a central coordination body to help facilitates the swap of auditing information, Kim said.

As for local issues such as recent reports of Kosdaq firms allegedly abusing the new International Financial Reporting Standards (IFRS) accounting method to avoid delisting, Kim said that the rules will be supplemented to prevent a repeat incident.

In their latest earnings reports, several Kosdaq-listed companies that reported operating losses between 2008 and 2010 posted operating profits in 2011. Media reports have claimed that some achieved such profits by categorizing miscellaneous gains such as debt exemptions as “operating income” on their income statements.

Companies reporting operating losses for four years in a row are put on a “watchlist” by the Korea Exchange (KRX), while those that report losses for five years straight are delisted.

All listed companies made the switch from the K-GAAP accounting method to the IFRS method last year. But because the IFRS does not even have an “operating income” concept, whereas KRX rules do, the Korean version of the IFRS (K-IFRS) added a footnote for companies to report an operating income on income statements.

“Items such as debt exemption and donation gains have nothing to do with the definition of operating income, which arises from ongoing and frequent operations,” said Kim.

“The Korea Accounting Standards Board will revise the K-IFRS. I believe the new standards will be in effect by next year.”