It’s still a Camry, but not as you remember it

It’s still a Camry, but not as you remember it 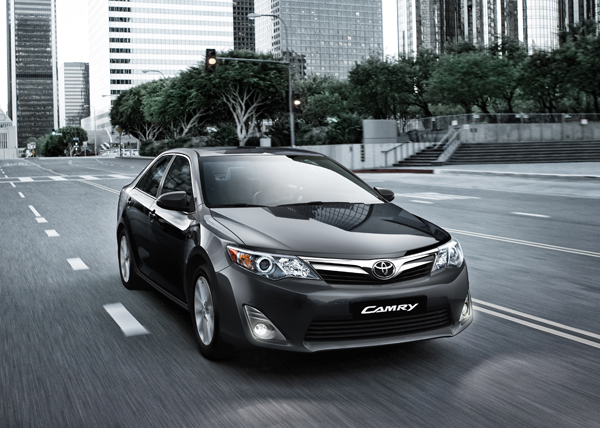 The new Camry is lighter and quicker than the previous version, offering a powerful but smooth ride. Provided by the company


Having been won over by the sixth generation Camry, with its masculine facade and muscular body, the latest offering was always going to be something of a tough sell in my case.

I came away quietly satisfied with the improvements Toyota had made, including its bigger and lighter engine, but still not convinced that it was superior to its older sibling.

The seventh generation Camry puts a new face on an aging but popular brand, adding a more modern edge and futuristic exterior to target younger customers. But its design is markedly different from the curving lines and stately ambience of its predecessor.

One of the highlights, however, is its sportier new nose, courtesy of sharper headlamps and a chrome grille.

Toyota said it made 103 changes to the model, mostly mechanical. It now boasts 10 airbags, the highest number of any midsize car sold in the country. It also comes with a smart key, enabling drivers to ignite the engine at the touch of a button, and a rear camera.

Adding to this are touch screen navigation, a USB port and Bluetooth technology facilitating digital convergence with your smartphone.

One thing I did not particularly like, though, was its interior, despite the stitched-leather dashboard and wooden trim that add a degree of elegance. Sadly, these refinements are undone by small misdemeanors such as the plastic used in the storage boxes underneath and near the dashboard, which look disturbingly cheap.

When I took it out for a spin, one of the most obvious improvements was the Camry’s weight loss. According to Toyota, the new 2.5-liter gasoline engine (previously 2.4-liter) has shed almost 40 kilograms (88 pounds) to weigh in at 1,485 kilograms, while the new hybrid dropped a massive 70 kilograms.

This made the handling more responsive, especially when I stepped on the gas. The car offered a smooth and comfortable ride for the most part, but the suspension was a little stiffer than I recalled from the sixth generation.

According to Toyota, it can produce a maximum of 181 horsepower and 23.6 kilograms-meter of torque. With so much power at hand, I had no problem racing up steel hills.

The launch of the new Camry earlier this year signaled a turnaround by Toyota after it suffered disastrous setbacks last year caused by the massive earthquake in Japan and flooding to factories in Thailand.

To appeal to local consumers, the carmaker has not only ramped up safety and fuel economy, but also shaved 1 million won off the price, leaving the new model with a price tag of 33.9 million won ($29,700).

One thing lacking from the new Camry was its predecessor’s strong character, which may hurt its sales as there are many similar models with near-identical options in Korea. As such, the eighth generation may need to work harder to stand out from the crowd.