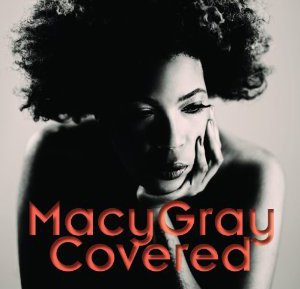 “Covered”
Label: 429 Records
Genre: R&B
Making an album of covers is always a tricky proposition. An artist tackling another act’s song has the challenge of making a well-known tune their own while keeping at least some of the DNA of the original version.

It’s a delicate task, but Macy Gray succeeds with “Covered,” as the raspy-sounding singer returns with an impressive collection of remakes.

The handpicked songs, some of which will be familiar to her fans as she’s been performing them live over the years, include Radiohead’s “Creep” and Metallica’s “Nothing Else Matters.”

Gray leads off the album with a version of the Eurythmics’ “Here Comes The Rain Again” followed by Radiohead’s “Creep.” It’s a clever choice on her part, and she effortlessly introduces huge songs from artists of different genres to a completely new fan base.

Gray continues to unleash her creativity with her take on “Teenagers.” The song by My Chemical Romance, where angry teens rage against a two-faced cruel world, is completely revamped and turned on its head as Gray switches the lyrics to take on the point of view of parents.

Overall, this album is a further extension of Gray’s wild and random side. 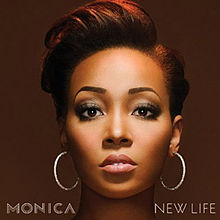 After the success of her last album in 2010, “Still Standing,” Grammy-winner Monica returns with a soulful yet less-than-impressive collection of R&B tracks.

The album’s first single, “It All Belongs To Me,” has deservedly attracted the most attention of all the songs on the album. Possibly the most talked about musical reunion of the year, it features Monica and Brandy with another powerful duet, 14 years since their 1998 classic “The Boy Is Mine.” This one is an anthem for the ladies, all about giving the boot to a no-good man.

But there aren’t a lot of songs as electric as that one. “Daddy’s Good Girl” has a strong beat but lyrically seems out of place, with lines like “Shopping sprees might make me smile for now but what about later?” “Big Mistake” is emotional and full of passion, but while it briefly grabs the listener’s attention, it doesn’t hold it.
Among the highlights of “New Life” is “The Man Who Has Everything,” a risky song where Monica experiments with a reggae beat, and pulls it off.

Overall, Monica has never disappointed vocally: Her voice is powerful and pure. But the album sounds uneven and is underwhelming.

German trance music titan Paul van Dyk treats us to his musical evolution with an album aptly titled “Evolution,” a light listen that features his signature synth-soaked approach. The good news for van Dyk fans is that he hasn’t lost his touch.

The bad news is it’s the same old touch, delivered at the same old pace and does little to show that van Dyk has truly evolved since five years ago, when he last delivered similar stuff.

Early tracks like “Symmetries” and “Eternity,” the latter featuring Owl City vocalist Adam Young, are simply too soft around the edges. There is no urgency to run to the dance floor and shake off the weight of the week to such flimsy fare.

“Rock This” builds up nicely and gets the blood flowing, but the bottom-end bass never comes hard enough and the listener is left anticipating something more fulfilling.

Van Dyk redeems himself slightly on “Lost in Berlin,” featuring sparse but catchy vocals from Michelle Leonard. Here, van Dyk allows himself to get lost in a beautifully churning pace and give listeners something they can really move to.

But if van Dyk wants to keep pace with his contemporaries, he’ll need a better evolution. AP 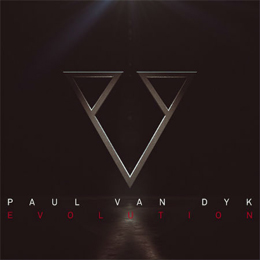