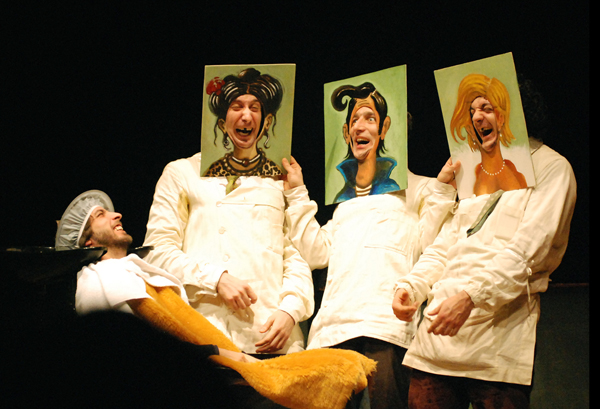 “Nuova Barberia Carloni” by Italian theater group Teatro Necessario will be performed on May 12 at 5 p.m. and 7:30 p.m. and on May 13 at 5 p.m. Provided by the festival

From Spanish theater to K-pop, this year’s Uijeongbu International Music Theater Festival will feature a wide range of music from May 5 to May 20 as it aims to introduce foreign music to Korean fans.

Though the suburban town northwest of Seoul has been running this music event for the past 11 years, Uijeongbu hopes that with the help of world-renowned soprano Sumi Jo as honorary chairwoman, it will draw an especially large crowd this time around.

Under the theme “Ssing-Ssing Music City, Fun-Fun Music Festival,” the festival will bring a total of 11 productions four domestic and seven international?-?to hold performances from theater productions to ballet-style musicals. 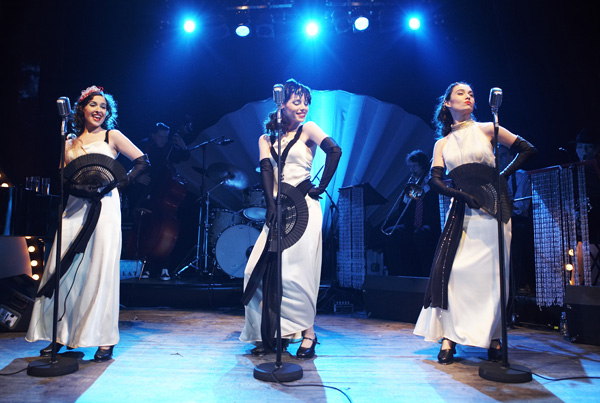 “Uijeongbu is fighting to become an international city of music, and this festival will be an impressive cultural stage on which music and performing arts from all over the world come together,” Jo said in a statement. The soprano herself will perform on May 15. 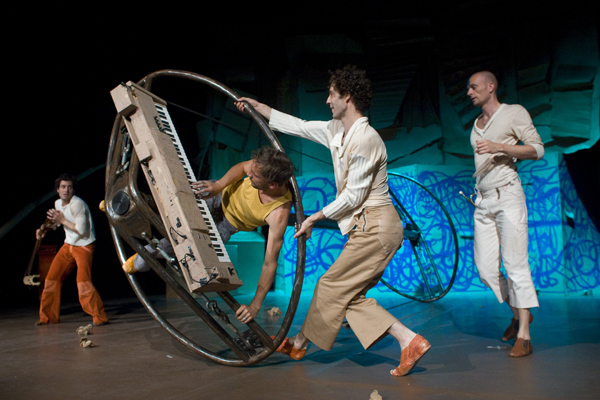 “Plecs,” a nonverbal theater production by Spanish theater group Enfila’t will kick off the Uijeongbu International Music Theater Festival.Provided by the festival

The festival also selected the popular hip-hop couple Tiger JK and Yoon Mi-rae, who are from Uijeongbu, as public relations ambassadors to boost the profile of the event. The pair will hold a concert at the finale, and as citizens of Uijeongbu, the couple said they’ll make the concert free to attend.

But even though these big names will likely be the strongest draw for Korean fans, festival organizers don’t want attendees to lose sight of the event’s main focus: introducing foreign music to domestic audience.

To this end, six countries are represented among the seven international acts, though just as last year, the organizers have selected a “principal” region to open and close the event. This year, the focus will be on Catalonia, an autonomous region in northeastern Spain comprised of four provinces, including Barcelona. The artistic region, famous for Antonio Gaudi’s architecture and as the place that produced numerous children’s stories, hasn’t yet been noticed by Koreans and thus was selected to be the focus of this year’s event, organizers said.

The opening performance “Plecs” is a nonverbal theater production by Spanish theater group Enfila’t. The group’s award-winning act will simulate a Western-style tent circus as it combines music, acrobatics, circus acts and dance, according to the organizers. 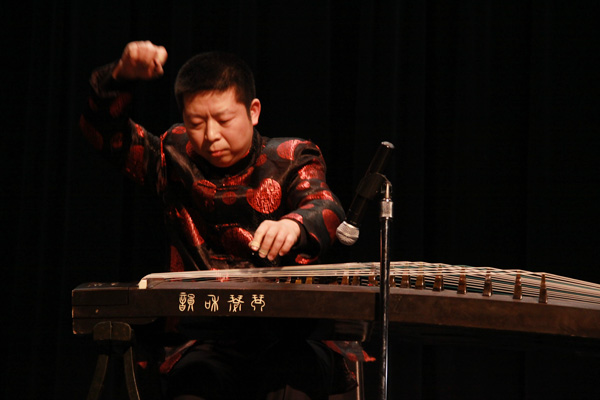 Harbin Normal University’s performing troupe from China will participate in the festival with a performance on May 16 at 7:30 p.m. Provided by the festival

“Plecs” is a regular at international music festivals and, in 2010, the troupe received the National Circus Prize from Catalonia. It is currently preparing to set off on its own world tour.

As part of an initiative this year to get the audience more involved in the festival, attendees are in for a surprise at the opening act of “Plecs,” organizers said.

“An important feature of this year’s festival is that it is for audience’s participation,” said Hong Seung-chan, artistic director of the festival, during a press conference early this month. A number of the performances include active audience participation.

“Loop the Loop” by Australian theater company Onyx Production, which mixes music and comedy in its performances, and “Nuova Barberia Carloni,”?a musical piece that will be performed by Italian theater group Teatro Necessario, are featured. The two musicians from the Onyx Production will hold their own version of a “music battle” by selecting various vegetables to be used as musical instruments alongside more conventional ones. The Italian team fosters an interactive spirit in its performances, which are set in a barber shop half a century ago, by pulling an audience member on stage for a mock haircut and shave. Meanwhile, the barber entertains customers by singing and playing music.

Another act from Catalonia, “Sing Sing Sing,” will close the festival. In this event, musical troupe Divinas, which features three talented female singers, will invite the audience back to the 1950s, when female trios were a big hit. Sofia, Nicole and Lulu should remind the audience of the Andrew Sisters and the Boswell Sisters, who were famous back then. The show includes swing, ballad, Latin music and rock, all of which tell the story of that special time period in music history.

And Kim Na-ni, recipient of the Fringe Award for Budding Artists at last year’s Uijeongbu festival, will make another appearance this year in “Hyunjae and Gumotel” as she performs the narrative singing in the production. “Hyunjae and Gumotel” reinterprets the classic tale “Hansel & Gretel” into modern Korean society.