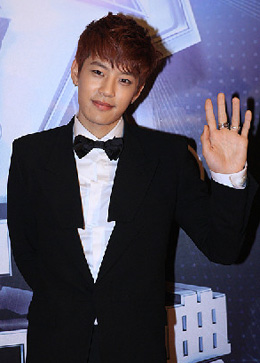 Singer Se7en was named Best Overseas Performer at the China Music Award and Asian Influential Awards in Macau on Friday.

“I really want to thank you for giving this me award,” Se7en said in his acceptance speech. “I will put much effort into getting closer with fans in China.”

Se7en, whose real name is Choi Dong-wook, was the only Korean artist invited to the awards. Previously, Lee Byung-hun, Kim Tae-hee and Jang Woo-hyuk have attended the annual event.

At the awards, Se7en performed his song “Digital Bounce.” His performance was broadcast live through Channel V and will air in some 30 countries, including Taiwan, Indonesia and the Philippines, according to his agency.

Se7en will release his new single “Love Again” on April 25 in Japan and will hold a performances in Tokyo, Fukuoka, Nagoya and Osaka. By Joo Kyung-don