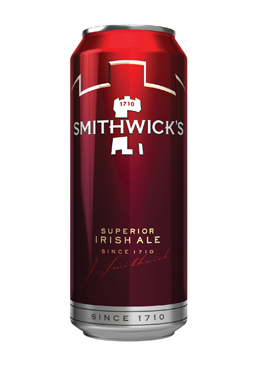 “Guinness saw a 30 percent increase in sales this year compared to last,” Diageo Korea CEO Kim Jong-woo said Friday. “Imported beers make up less than five percent of the entire Korean beer market but we estimate that will quickly grow to 10 percent as more customers are looking for a variety of premium beers. Smithwick’s will target customers who enjoy lagers.”

Currently, 98 percent of the beer in Korea is lager and Kim said there’s room for ale to grow. Smithwick’s has a history of more than 300 years, making it about half a century older than Guinness, but the beer has a lower alcohol content of 3.8 percent compared to the stout’s 4.3 percent. The beer is available on draft, in 300 milliliter (one fluid ounce) can and 440 milliliter bottle.