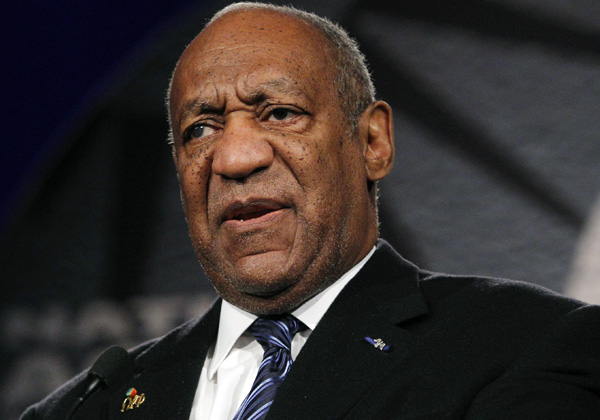 Veteran U.S. actor and comedian Bill Cosby spoke out Sunday about the fatal shooting in February of an unarmed black teen in Florida, blaming his death on the prevalence of guns in the United States.

“We need to get rid of it on the streets. And if people have one, they should be checked out so thoroughly,” said Cosby, who is perhaps best known as the dad on the long-running 1980s TV sitcom “The Cosby Show.”

When a person has a gun, sometimes their mind clicks that this thing will win arguments and straighten people out, the 74-year-old African-American actor told CNN.

“In the wrong hands, in the wrong mind, it’s death. It’s wounding people, people who don’t have money to buy a decent meal for themselves, yet, someone will put an illegal gun in their hand,” he said, lamenting that firearms are “all around this United States.”

Cosby was speaking to CNN about the shooting of 17-year-old Trayvon Martin, a case which has gripped the nation and sparked a fresh debate about race relations and the right to self-defense in the United States.

Prosecutors in Florida last week filed second-degree murder charges against neighborhood watch volunteer George Zimmerman, who is Hispanic, over the shooting of Martin in a gated community of Sanford, Florida.

Martin’s parents and supporters say the teen was a victim of racial profiling. Zimmerman’s backers say the watch volunteer fired in self-defense after Martin attacked him.

Cosby has firsthand knowledge of the tragedy of gun violence, having lost a son 15 years ago who was fatally shot.

He admitted he once owned a handgun, for use in protecting his family, but that he had since decided to get rid of the firearm.

“I used to have a gun,” he said. “The policeman who okayed it said to me, ‘Mr Cosby, when you pull this trigger, you can’t call it back,’?” he said, adding that he came to the decision over time that he was better off without the weapon.