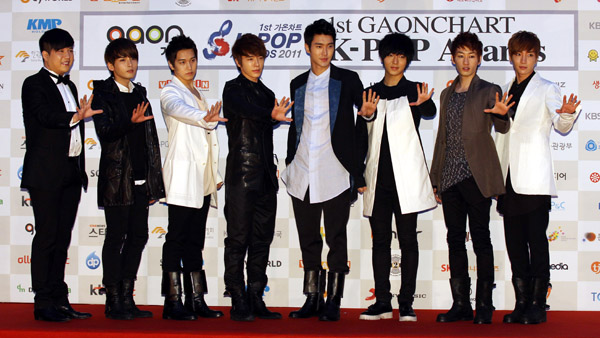 As well as being a high achiever in Korea, the boy bands’ fifth album was also favorably received abroad.
In Taiwan, Thailand and the Philippines, the album topped charts.

In Taiwan, “Mr. Simple” stayed in the No. 1 spot for 34 consecutive weeks on the KKBOX Chart. Super Junior’s previous album, “Beauty,” also did well in Taiwan, as it stayed on the top spot for 63 weeks.
Currently the band is on its world tour, billed “Super Show 4.”