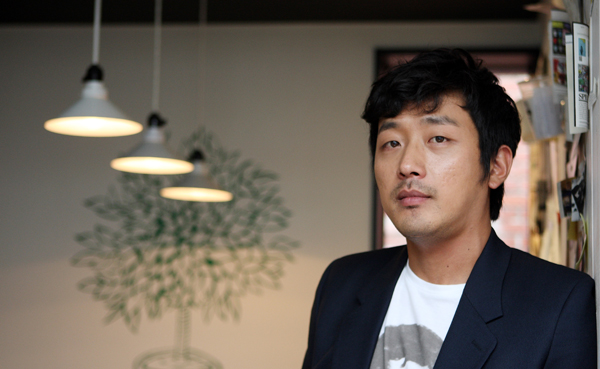 
Actor Ha Jung-woo is set to carve a name for himself in Korean fine arts by holding an exhibition of his artworks from Tuesday to Aug. 16.

Some 20 paintings by Ha will be on display at H·Art Gallery in Daechi-dong, southern Seoul.

“Art should be as entertaining as a movie,” Ha said. “I hope that people will look at my art and be able to laugh aloud.”

The actor’s artwork is a hybrid form of Pop Art and Expressionism with an emphasis on creating art that the general public can easily understand.

Ha said that he hopes to tell an interesting tale through his art from the perspective of an actor.

From May 17 to 20, Ha is also set to display 15 artworks entitled “Hong Kong Series” during the Hong Kong Art Week.

Art critic Kim Jong-geun, who accompanied Ha to Hong Kong, said that he was amazed at Ha’s concentration. The artist is known to have spent more than 15 hours straight working on his artworks.