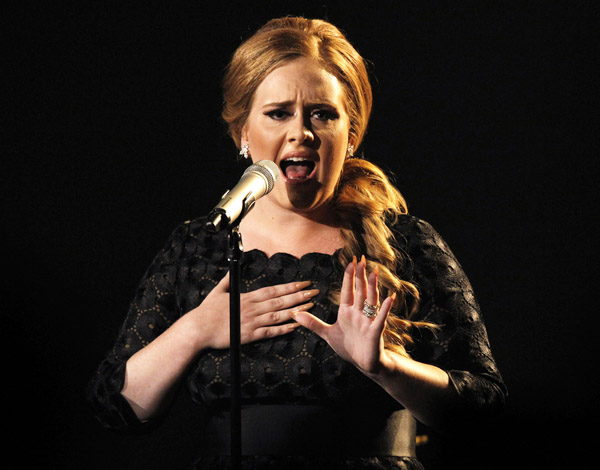 
Grammy-winning singer Adele returned to No. 1 spot in the albums chart with “21,” overtaking David Bowie and Dire Straits for the number of weeks spent in the top spot, the U.K.’s Official Albums Chart said on Sunday.

The Brit and Grammy award winner moved up two places in her 64th week in the albums chart with “21.”

Bowie and Dire Straits both managed 22 weeks. Making way for Adele was Nicki Minaj with “Pink Friday - Roman Reloaded” which dropped one place to No. 2.

A new entrant at No. 3 was Alabama Shakes with debut album “Boys & Girls.”

In the singles chart, pop music starlet Carly Rae Jepsen kept teen-sensation Justin Bieber at bay, holding on to No. 1 spot with “Call Me Maybe.”

The Canadian Idol contestant outsold her Canadian compatriot’s single “Boyfriend” by two to one.