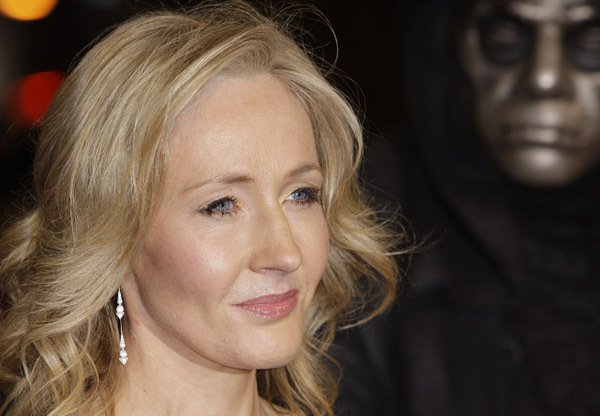 LONDON - Author J.K. Rowling is working on a Harry Potter encyclopedia and will donate the royalties to charity, she said on her Web site.

Four years ago, the British writer took an independent U.S. publisher to court to stop its plans for a reference book on the world of the fictional boy wizard, saying it constituted a “rip-off” of her work.

On her revamped Web site, Rowling addressed the question of a Harry Potter encyclopedia in a “frequently asked questions and rumors” link.

“For a long time I have been promising an encyclopedia of Harry’s world, and I have started work on this now,” said the 46-year-old, whose announcements related to Harry Potter are closely followed by millions of fans.

“Some of it forms the new content in Pottermore.”

Pottermore, a free Web site allowing visitors to navigate the stories and discover new content not in the original books, is one of several Potter spin-offs following the completion of the seven-novel series.

The novels have sold more than 400 million copies worldwide and spawned a hit eight-movie film franchise that has helped turn Rowling into the world’s most successful author.

“It is likely to be a time-consuming job, but when finished I shall donate all royalties to charity,” Rowling added.