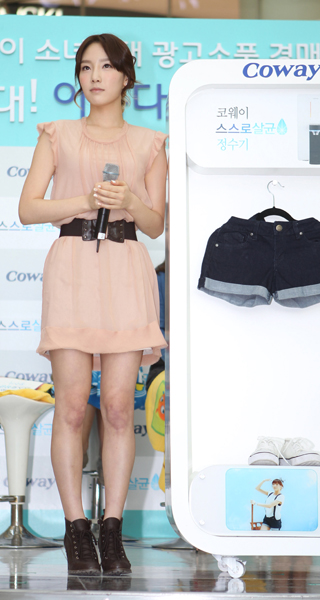 Another Girls’ Generation member has come under attack for allegedly having gone under the knife, according to netizens.

Recently at one online forum, a comparison picture containing images of Taeyeon on “Show! Music Central,” which aired on April 14, was compared to an older image of the star.

Netizens remarked that the change was obvious and that unlike the by-gone days where the star had a cute look, that she now had “A pointier, more Western nose,” than the week before.

Meanwhile the star’s agency has defended her, saying the accusations are “ridiculous.”