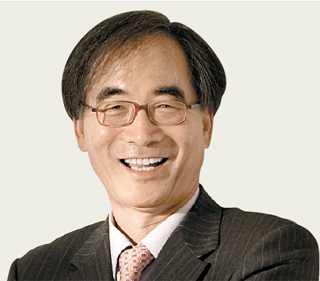 Like many entrepreneurs, Kim Dong-nyung has enjoyed a roller-coaster ride as the CEO of Hansae Yes24 Holdings, a journey that has seen him surmount a number of challenges to keep Yes24 as the nation’s largest online bookseller, while growing Hansae Fashion Worldwide into a leading international supplier of clothing with clients including Gap, Nike and Ralph Lauren.

The entrepreneur could have become a scholar or a government official, as he graduated from one of the best of schools in the country.

He attended Kyunggi High School, which helped sculpt a number of leading Korean businessmen and public servants, and graduated with a degree in economics from Seoul National University.

His father was a doctor, yet Kim decided to start a business of his own inspired by his uncle, who ran a company making pharmaceuticals and agricultural chemicals.

Kim started exporting clothes back in 1972, when the fabric industry was one of the leading businesses shaping the development of Korea’s economy.

At first business was good - his company made $10 million a year thanks to brisk exports.

But his business took a battering during the second global oil shock later that decade. Mired in debt, Kim learned to pursue expansion based only on money derived from sales. This philosophy ultimately led to his fashion subsidiary posting sales of 972.4 billion won ($853 million) last year.

The company now exports more than 90 percent of its products to the U.S. and boasts that “One out of three Americans is wearing clothing made by Hansae.”

As annual clothing imports in the U.S. currently exceed 113 trillion won, even a 1 percent share equates to sales of $1 trillion.

Kim, who said the company plans to diversify into other markets in Europe within two or three years, discussed some of his business plans and decisions during an interview with the JoongAng Ilbo, the Korea JoongAng Daily’s mother paper, at his office in Yeouido, Seoul.

Q. You first established a company that exported finished clothing in 1972. How did it all start?

A. In the 1970s the entire country was enthusiastic about self-employment, and it was easy for exporters to borrow money from the government.


Your first business went bankrupt in 1979, but you established another company in the same industry in 1982. What was the secret to your success the second time around?

Cheap labor. We acted fast to move our manufacturing base overseas in the 1980s, so it was possible to keep the wages low.

The first factory was built in Saipan, followed by others in Nicaragua, Vietnam and Indonesia. Then we relied on strategic entrepreneurship for further momentum.

Additionally, instead of borrowing from banks, we exported clothes accordingly to our financial status. I was really tired of being indebted and we expanded completely on the earnings that we made.


Your company still doesn’t have a building of its own, but rather rents office space in Yeouido. Any reason why?

We still have a lot to do first [such as investing in a $32 million factory in Vietnam].

All we need is a place to work and a table to place instant coffee.

You launched NYbH - New York by Hansae - as a new brand in 2010, and bought out Dreamsco, a fashion brand known for its children’s clothing label Curlysue in 2011. Is global fashion the way forward?

Yes. Hansae, in its logo, has the phrase ‘fashion worldwide.’ It might look like we are showing off, but it’s the goal we’re trying to reach.

You’ve already launched a fashion brand of your own, so why aren’t you jumping into fast fashion like Uniqlo or H&M?

As staying price-competitive is paramount, we’re looking at similar business models [to fast fashion brands] ... But we need to target overseas markets.

Those fast fashion brands usually have a large store presence, so they can display 400 to 500 different pieces of clothing every season. But in Korea, it’s difficult [to flourish] if you limit yourself only to the domestic market.

You also run one of the country’s leading online book stores, Yes24, a company you bought in 2003 when Daum seemed poised to snap it up before the merger plan fell apart. Was it a challenging procedure?

It was a very interesting buyout. I basically picked up from where the already-negotiated deal had left off and signed on the dotted line. I didn’t even meet the largest shareholder of Yes24 until I had signed the contract.

You started turning a profit three years later, and now Yes24 has 8 million members registered on its Web site [up from 2.5 million.] Many credit your ability to slash logistics costs by reorganizing the stock management system at your warehouses. What else led to such a turnaround?

Talented employees. Since the new head of the company didn’t know much about the business, employees picked up the slack and devoted themselves energetically to the task at hand. They all cooperated extremely well in helping run the company.

What does the future hold?