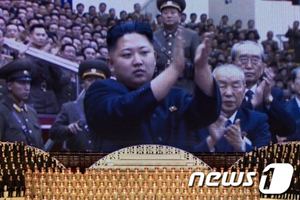 The United Nations Security Council condemned the North’s botched rocket launch in a swiftly-arranged, strongly-worded presidential statement on Monday, while pledging to come up with additional sanctions on the North possibly within this month.

The statement, which was backed by the North’s closest allies, China and Russia, includes a “trigger clause” that promises a stern punitive response to additional provocations from North Korea.

“The Security Council deplores that such a launch has caused grave security concerns in the region,” the statement read, while stating that Friday’s rocket launch is a violation of UNSC Resolutions 1718 and 1874, which prohibit the North from conducting long-range ballistic missile tests.

In the statement, the council demanded that Pyongyang not proceed with any further launches and abandon all nuclear weapons programs and warned that it will take action if the North stages another provocation with a launch or a nuclear test.

The UNSC decision came only four days after it started to discuss the issue, compared with a customary seven to ten day decision making process.

The North’s three-stage rocket Unha-3 exploded in midair within minutes after liftoff and fell into the Yellow Sea off the western coast of South Korea.

According to Susan Rice, U.S. Ambassador to the UN and chair of the current council meetings, the U.S. will also propose a “robust package” of new sanctions on the North, she said.

Seoul welcomed the UNSC statement as a “firm and united stance” of the international community toward the North’s provocative action.

Cho Byung-jae, spokesman of the Ministry of Foreign Affairs and Trade, told a media briefing yesterday that South Korea appreciates China’s cooperation in the UNSC presidential statement and expects China to continue to cooperate on additional sanctions and in dealing with another provocation from the North.

U.S. Secretary of State Hillary Clinton, speaking at a media briefing in Brazil hours after the UNSC’s statement, said the rocket launch ended a potential deal under which the North would get food assistance from the U.S.

The U.S. suspended the offer of 240,000 metric tons of nutritional assistance to the North, part of a deal announced on Feb. 29, after the North’s announced it would launch the rocket two weeks later.

Under the Feb. 29 deal, the North pledged to suspend nuclear and long-range missile tests, put a moratorium on its uranium enrichment program and allow the International Atomic Energy Agency inspectors back into its main nuclear sites in Yongbyon in return for the U.S. food.

Japan’s Kyodo News Agency said yesterday that the North was moving to cancel its plan to let in the IAEA inspectors in response to the U.S.’ withdrawal of the food aid promised in the Feb. 29 deal.

A senior Foreign Ministry official said yesterday that the U.S. had warned North Korea that a satellite launch would be deemed a long-range missile test before the Feb. 29 deal was made.Washington briefed Seoul when it was still negotiating the deal, the official said.

“The biggest loss for North Korea is that it has lost U.S. trust,” the official said.