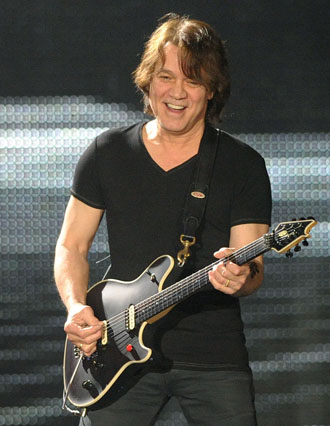 NEW YORK - Eddie Van Halen puts some of the blame on his father for his long struggle with alcohol.

In the May issue of Esquire, the guitarist said “the whole alcoholism thing” developed when he asked his dad how to combat his nerves when playing music in front of people.

His father gave him a shot of vodka and a cigarette to ease his nerves, and that started Van Halen on a near lifetime of drinking.

The 57-year-old Van Halen also talked about the struggle to get clean, pulling his son Wolfgang out of school at 15 to join the band, and his relationship with ex-wife Valerie Bertinelli.