BC Card has strategy to get over its long slump

BC Card has strategy to get over its long slump 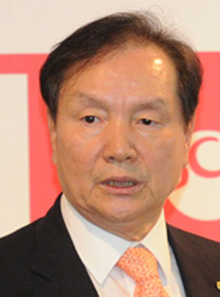 Domestic card payment processor BC Card announced yesterday a turnaround plan that would focus on fostering mobile and global payment networks to overcome its waning market share and raise its operating profits by nearly 80 percent in four years.

In a press conference commemorating 30 years since the company’s founding, CEO Lee Jong-ho underscored BC Card’s strategic changes since it became a subsidiary of Korea’s No. 2 mobile carrier KT last November.

“It could be said that BC Card failed to find a positive direction since the 2003 credit card crisis, as various card companies were reorganized under holding companies and left BC Card’s processing networks to create their own brands,” said Lee.

“BC Card will turn over a new leaf by expanding its client base from just credit card issuers to debit card and prepaid card issuers [and] innovate smart processing methods by combining KT’s information and communication technology with BC Card’s thirty years of processing experience.”

BC Card’s domestic market share in card payment processing fell from 32.78 percent at the end of 2009 to 23.4 percent by the third quarter of 2011 as card companies such as NH Card strategically moved their business from BC Card’s payment networks to those of newly-acquired subsidiaries or other partners.

This will be accomplished through replacing card receipts with electronic receipts in its “paperless” project to be field-tested in May, sharing details of its contactless payment system with other card firms to jumpstart the stalled mobile card market, as well as opening up to other domestic card firms its global payment platform in partnership with China UnionPay, Star Network as well as Discover Financial Service in the U.S.

As for its run-in with Visa, sparked last July when BC Card contested a penalty imposed by Visa when BC Card used the payment networks of Star Network, Lee said, “Visa remains an important partner in our domestic and global operations, and we will watch for the results of the ongoing investigation by the Fair Trade Commission.”