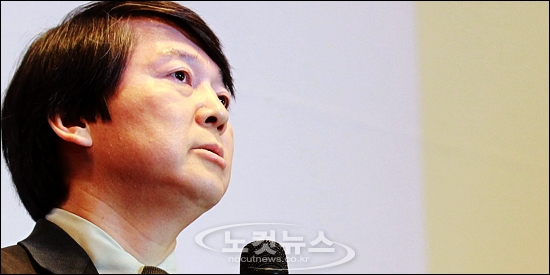 Moon Jae-in, a senior advisor of the opposition Democratic United Party, said yesterday that he will soon make up his mind whether to run in the presidential election in December. 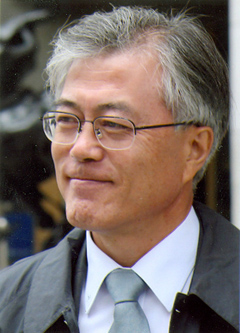 Moon, a former Blue House chief of staff in the Roh Moo-hyun administration, appeared on MBC radio yesterday morning to talk about his political ambitions. “The time has come for me to decide what I should do to ensure our presidential victory,” Moon said. “I will contemplate seriously and not make my decision too late.”

During his successful campaign to represent Busan’s Sasang District in last week’s general election, Moon said he didn’t join politics to serve only one term as a lawmaker. The remarks were interpreted as an intention to run in December.

Moon’s remarks came days after the JoongAng Ilbo reported that Ahn Cheol-soo, the software mogul and academic that many liberals want to run for president, had decided to get in the race.

Moon, 59, said that the DUP must overcome the conflict between Roh loyalists and other groups in the party. He also admitted that the DUP tilted leftward ideologically during the election by forming an alliance with the Unified Progressive Party.

Moon also stressed that the liberals could defeat the Saenuri Party in December only by being on the same side as Ahn. “It is only natural for the DUP to seek ways to join forces with Ahn,” he said. “It is, however, inappropriate to pressure Ahn [to join the party] because he probably has his own schedule. No matter what the method will be, what matters most is that our party and Ahn go together. I have a high expectation for that and I will try to facilitate it.”

The JoongAng Ilbo reported Monday that Ahn has met with senior liberal politicians and asked them to support his presidential campaign, quoting aides close to the tech guru and scholar. The exclusive report rocked both the ruling and opposition parties, who immediately demanded that he announce his intentions publicly. Ahn has remained tight-lipped.

The news of Ahn deciding to run has already brought him support from outside the political arena. Moon Kook-hyun, a famed CEO who ran in the 2007 presidential election against political titans of the ruling and opposition parties by making anti-corruption and pro-environment pledges, spoke about his support of Ahn in an interview with CBS radio.

“I think he has enough time,” Moon said. “Because he has been verified in every aspect, he is the best candidate to fulfill the needs of our time to rescue small firms, create jobs and eradicate corruption, unfairness and cheating from our society.”