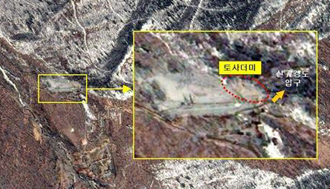 Seoul and Washington urged North Korea on Tuesday to make “the right choice,” as the regime is vowing “retaliation” against international condemnation of its botched rocket launch.

“We reached a consensus that North Korea should listen carefully to the voice of the international community,” Lim Sung-nam, Seoul’s top nuclear envoy, told reporters after a meeting with his U.S. counterpart Glyn Davies in Washington.

The presidential statement, adopted Monday unanimously among the 15 UNSC members, including China and Russia, denounces the North for breaching the UNSC resolution that banned it from conducting long-range missile tests with Friday’s rocket launch. 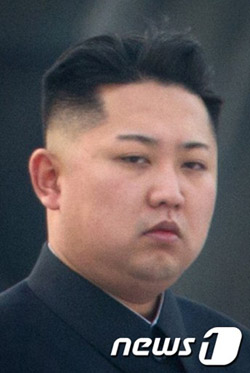 The statement designated the UNSC sanction committee on North Korea with coming up with additional sanctions on the North within 15 days.

It also contains a “trigger clause,” which promises a stern punitive response to additional provocations from North Korea.

It is a “meaningful presidential statement,” Lim said.

The Lim-Davies meeting followed a dispatch by the state-run North Korean Central News Agency in which the North’s foreign ministry bluntly dismissed the UNSC presidential statement as interference.

“We resolutely and totally reject the unreasonable behavior of [the UNSC] to violate [North Korea’s] legitimate right to launch satellites,” the KCNA quoted the ministry as saying.

The North also threatened “retaliation,” saying it no longer honors the Feb. 29 agreement with the U.S., under which it promised to abstain from uranium enrichment and nuclear tests and would allow international inspectors to return to its nuclear sites in exchange for 240,000 metric tons of food aid.

It blamed the U.S. for breaching the deal by suspending the food aid, a measure Washington announced after the North disclosed the rocket launch plan in March.

A plan made in March by the inspectors of the International Atomic Energy Agency (IAEA) to visit the North at the regime’s invitation has also become unlikely after Pyongyang ditched the Feb. 29 deal, IAEA spokeswoman Gill Tudor said Tuesday.

“We have thus become able to take necessary retaliatory measures, free from the agreement,” the North’s state media said. “The U.S. will be held wholly accountable for all the ensuing consequences.”

The U.S. hit back and said it was the North that breached the deal with the rocket launch.

The North has claimed the launch was intended to put a satellite into orbit for peaceful purposes, although many countries see it as a lame excuse to test long-range missiles carrying deadly weapons.

A high-ranking official of the Ministry of Foreign Affairs and Trade told reporters on Tuesday that the U.S. had informed Seoul that the Feb. 29 agreement was no longer viable with the North’s rocket launch.

About the possibility of the North conducting another nuclear test, Toner said, “We can’t preclude anything at this point.”