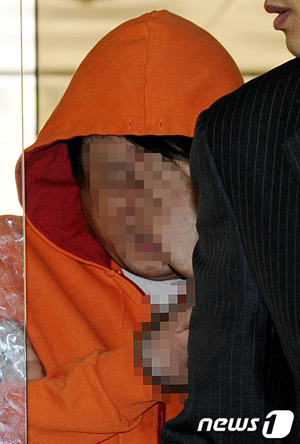 The doors of the five-story Open World Entertainment building in posh Cheongdam-dong in Gangnam District, southern Seoul, were tightly shut and the blinds drawn on Tuesday afternoon.

Only a few employees were at the office, and they adamantly expressed, “We will not be interacting with the press for the time being.”

The Gangnam Police Precinct stated yesterday, following last week’s arrest of the head of this entertainment group surnamed Jang, who sexually assaulted female artists working for him, that they have filed an arrest warrant for a 38-year-old singer from a different agency for allegedly partaking in the assault.

The 51-year-old CEO of the medium-sized entertainment group was arrested on Friday on charges of repeatedly sexually harassing, assaulting and raping female actresses and singers since 2008.

Of the 11 confirmed victims, two were under the age of 19 at the time of the assault. An amateur female actress was also one of the victims.

Police said that even after his 10 employees left work around 7 p.m., Jang stayed at the building to practice with his female singers. In the basement rehearsal studio, Jang made his female victims drink beer mixed with aphrodisiacs, then sexually assaulted them numerous times.

Jang also coerced male idol group members of the entertainment company, some who also were minors at the time, to assist in the assaults, the police said.

There are CCTV cameras installed in the first and basement floor studios. “Jang sent the idol group members text messages directing the sexual assaults and watched the CCTV footage from his office on the fifth floor,” said police.

Two male idol group members of the company were summoned by the police on Tuesday and questioned about their participation in the assaults. It hasn’t been confirmed yet which group was involved.

But an employee of the company said on Tuesday, “Even at the moment when handcuffs were around our CEO’s wrists, we did not know the reason of his arrest.”

Jang has been involved in the industry for about a decade and founded the entertainment group in December 2007. He bankrolled the company through money he had earned running a night club in Gangnam.

The company was initially focused on managing male idol groups, but young women in their teens and early 20s looking for fame sought out the company as well.

Employees of the company claim that Jang was personally involved in the selection of the young female singers and guided through their training process.

An employee of the company who requested anonymity claimed that the extent of Jang’s assault victims’ experience in the industry is “extras in a drama TV show.”

“All 11 of Jang’s victims are no longer with the entertainment group.” The employee further said, “Some of them I had never even seen before.”

Victims testified to police that Jang had told them, “There is no one in the industry that I do not know.” Thus, they were not able to tell anyone about the sexual assaults.

Investigation into the case began not from a complaint from a victim but after police heard rumors that began circulating in the industry since last year that Jang sexually harassed his trainees. Some employees quit the company around that time.

From the beginning of this year, Jang has been going around telling people, “I will make a girl group.” In February, he tweeted, “I am making a girl group, so actively recommend any friend, younger sister or older sister.”

The entertainment company issued an official apology on their Web site Tuesday and said, “We are remorseful that we have subjected everyone to great disappointment for such a shameful incident and bow our heads in deep apology.”

Their Web site was not accessible yesterday.

The police suspect there are more victims of sexual assault and are continuing the investigation.