FT Island to hold Japanese tour in the summer

FT Island to hold Japanese tour in the summer 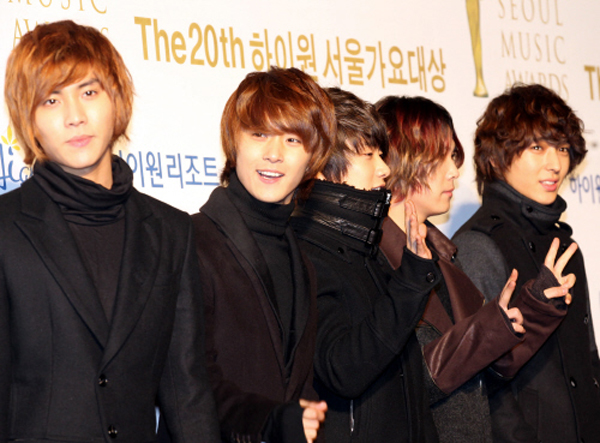 FT Island is set to tour Japan in the summer. The “FT Island Summer Tour 2012 - Run! Run! Run!” will visit four cities in Japan from June 24 to July 8. The five-concert show is set to entertain more than 60,000 fans in Tokyo, Osaka, Nagoya and Fukui. The show is set to be the band’s biggest tour yet.

Since making its debut in Japan in 2010, the band’s first album sold more than 37,000 copies in its first week, taking the No. 1 spot on the Oricon weekly chart.
The group’s first-ever Japanese concert was also sold out within 2 minutes of going on sale.

The band is planning to release its second album, “Twenty,” in Japan on May 16.