Jun Ji-hyun to star in wedding pictorial for Elle Asia

Jun Ji-hyun to star in wedding pictorial for Elle Asia 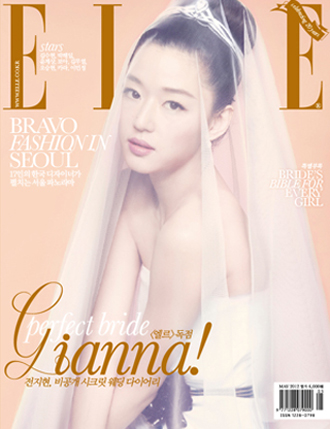 Newly-wed actress Jun Ji-hyun will grace not only the cover of Elle Korea’s May edition but also the China, Singapore and Taiwan editions of the magazine with pictorial of herself in various wedding gowns.

According to Elle Korea on April 19, Jun will also speak about how she met her husband Choi Jun-hyuk, grandson of famed hanbok (traditional Korean clothing) designer Lee Young-hee. More than 600 guests, comprising of celebrities and close friends and family of the star attended her wedding on April 13 at Shilla Hotel in Jangchung-dong, central Seoul.

After the wedding, Jun started filming “Berlin” straight away. The public was shocked when Jun announced on March 9 that she would move the wedding up from June to April due to filming commitments.
By Carla Sunwoo [carlasunwoo@joongang.co.kr]