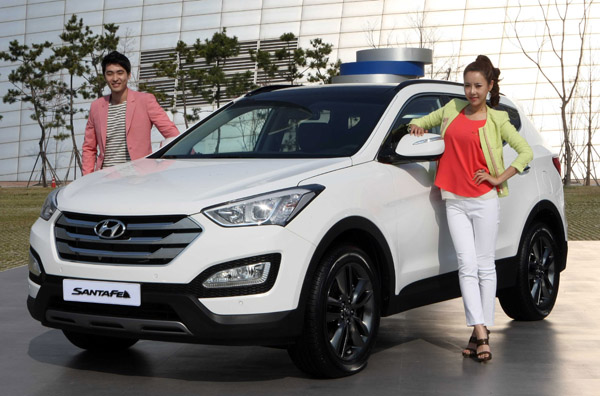 Hyundai Motor has unveiled a revamped Santa Fe sport utility vehicle as it aims to boost sales at home. The automaker aims to sell 152,000 units this year and 385,000 in 2013, the company said in a statement today.

The SUV will be sold at between 28 million won ($24,550) and 34 million won, Ryoo Joo-ha, general manager of domestic product marketing, said at a press conference in Incheon. Chief Executive Officer Kim Choong-ho is counting on the revamped Santa Fe — which has sold almost 2.5 million units since it was introduced in 2000 — to help revive its declining domestic sales. Hyundai, which reported fourth-quarter profit that missed analysts’ estimates, said it has spent 430 billion won since 2008 in developing the vehicle. [BLOOMBERG, NEWSIS]