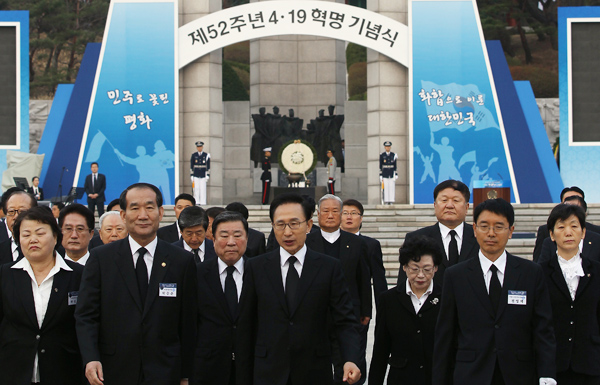 President Lee Myung-bak (center) and activists from the April 19 student movement in 1960 pay respect to the students who died in the uprising yesterday at the April 19 National Cemetery in Gangbuk District, northern Seoul. Yesterday marked the 52nd anniversary of the movement which pushed for a more democratic Korea, leaving 224 dead. [YONHAP]