China’s Tencent will pay 72 billion won for 3.6 million shares of the unlisted company while Korea’s We Made Entertainment will spend 20 billion won on 1 million shares. Both purchases will be completed this month. 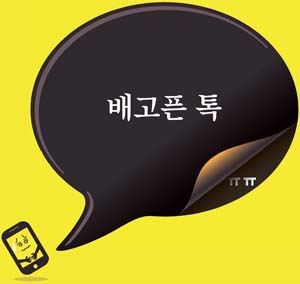 “The investment deal allows us to not worry about revenues for the time being and concentrate on our mobile platform and mobile game businesses,” Lee was quoted as saying in an April 6 press release.

Although Kakao Talk now boasts over 44 million users worldwide and has secured financing, its management is still agonizing over how to develop new revenue models as its impressive user numbers don’t lead to profit growth.

As of February, Kakao Talk has been seeing over 1.2 billion messages sent every day, putting increasing pressure on its servers. Moreover, Kakao’s mobile blogging service, Kakao Story, attracted 10 million users just a week after its release in March.

Earlier this month, SK Planet, the mobile platform arm of SK Group, which runs SK Telecom, acquired Mad Smart, the developer of free mobile messenger service Tic Toc, in a bid to stymie Kakao’s dominance. However, it is also concerned how it will make the service turn a profit.

Industry observers said developers have failed to link the free mobile messengers’ popularity to sales, leading to what they describe as “half-baked success.”

With the two new investments factored in, the telecoms industry estimates Kakao’s market value to be worth 580 billion won. Kakao founder Kim Beom-su, a former CEO of NHN, holds a 31.1 percent stake to rank as the largest shareholder.

However, some industry figures see the company as being massively overvalued. When SK Planet acquired Tic Toc, another Korean free mobile messenger service, the two parties did not disclose the exact sum paid, but it is believed to have been between 15 billion won and 20 billion won.

“Given that Kakao Talk was the first free mobile messenger service in Korea, it has many more members and is probably worth four or five times more than Tic Toc,” said an industry source who asked not to be named. He added that Kakao would be worth considerably more if it could provide revenue models.

Controversy over the actual value of new IT firms is a hot topic on the U.S. stock market these days, which Korea closely tracks.

Groupon, an icon of new e-commerce, is a case in point, with the value of its shares plummeting by 50 percent just five months after it went public in November.

As of April 5, Groupon’s stock fell to a record low at $ 14.17 from a high of $31.14 in early November. Experts said its stock dropped significantly because its profitability failed to keep pace with the firm’s rapidly growing size.

Groupon posted a net loss of $146.5 million in the first quarter of this year.

Investors are also suspicious about LinkedIn, the first social networking company listed on the Nasdaq, and social game firm Zynga.

LinkedIn shares closed at $94.25 when they were first traded on the Nasdaq in May but tumbled as low as $63.08 in November. They are currently trading at around $98 but are still eyed with suspicion.

Experts are also divided over the profitability of Facebook, which is scheduled to go public in May. Facebook is the world’s largest social networking site and boasts over 800 million members.

Bloomberg Businessweek recently reported that Facebook is working on improving its search engine, which is seen as a way to inflate its value before its IPO.

This month, Kakao will launch a beta service of Game Center, a mobile game platform service that allows developers to provide their games to Kakao Talk users. Revenue will be split among Kakao and the developers.

Kakao has been running paid emoticons and “plus friend” services for Kakao Talk but it has failed to reap as much profit as it hoped.

Meanwhile, competition among social networking sites has been heating up.

Naver said this week its Line members passed 30 million this week. The free messaging service is available on both the iPhone and Android smartphones, but Naver plans to provide services to BlackBerry and other operating systems including Windows. it said.

Daum’s MyPeople is running a beta service called “Channel” which allows users to subscribe and get the latest information on their favorite brands.

But both companies said they will focus first on increasing the number of users rather than generating profits.