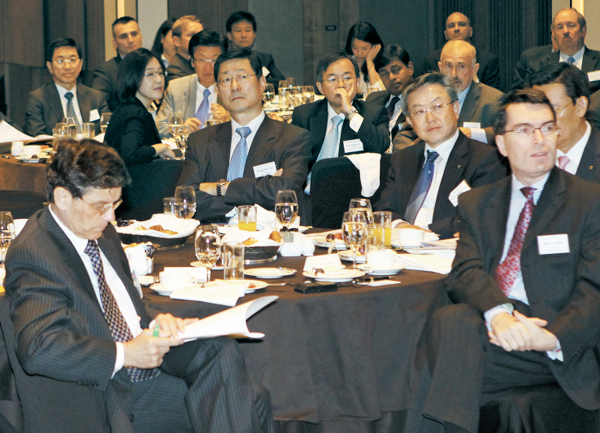 Business leaders as well as foreign envoys listen to speeches during the Korea Economic Forum last year at Shilla Hotel in central Seoul. By Cho Mun-gyu

The annual forum is aimed at helping diplomats, CEOs of foreign companies and foreign correspondents better understand key issues in the Korean economy. 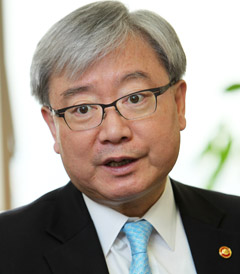 This year, Kim Seok-dong, chairman of the Financial Services Commission, has been invited as the keynote speaker. He will address the direction of Korea’s financial policies amid an uncertain global economy.

Following Kim’s keynote speech, the organizing committee of the 2012 Yeosu Expo will deliver a special presentation to inform foreign guests about the international event which runs for three months starting in May.

The forum will be conducted in English with simultaneous interpretation.

The Korea JoongAng Daily, the JoongAng Ilbo and JTBC will cover the event.