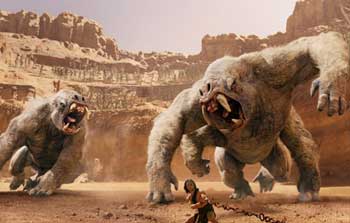 Ross, the former head of Disney Channels Worldwide, had taken over for then-studio chair Dick Cook just two and a half years ago with a mission to cut costs and develop new hits. But the losses continued under Ross despite major restructuring efforts.

A month ago, Disney said it would book a $200 million loss on “John Carter,” a special-effects-laden movie based on the Edgar Rice Burroughs book series. The movie starring Taylor Kitsch had an estimated budget of $250 million, which matched what 20th Century Fox spent on “Avatar.’’

The problem is “John Carter’’ made only $269 million at box offices worldwide. After splits with theater owners and paying for marketing expenses, Disney estimated its losses on the movie will pull the entire studio into a loss of $80 million to $120 million in the quarter through March.

Ross, 50, said in a memo to staff Friday that the role of chairman of Walt Disney Studios was no longer right for him. “The best people need to be in the right jobs, in roles they are passionate about, doing work that leverages the full range of their abilities,’’ he said. “I no longer believe the chairman role is the right professional fit for me.”

Ross’ resignation is effective immediately. The Walt Disney Company did not name a successor.