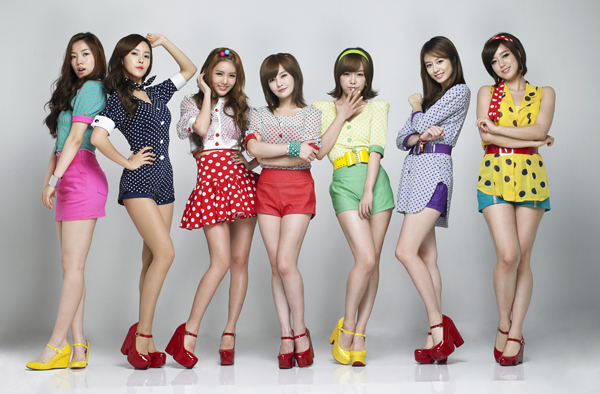 
Although not yet released, T-ara’s Japanese debut album is already topping the charts. According to the group’s agency Core Contents Media on Friday, the new album to be released on June 6 is currently the No. 1 preordered album on Tower Records’ Web site. An alternate version of the album is also the third-most-ordered album in the same category.

The two contain previous hits of the band from “Bo Peep Bo Peep” to “Ya Ya Ya,” “Roly Poly” and “Lovey Dovey” in Japanese.

Previously in Japan, the band’s debut single “Bo Peep Bo Peep” was recognized for its enduring popularity on the Oricon chart. Of all the songs by K-pop girl groups, the track remained on the daily and weekly charts for the longest amount of time.

Meanwhile, the band will travel to Japan today to begin its official promotions there. And in July, two new members will join the girl group.