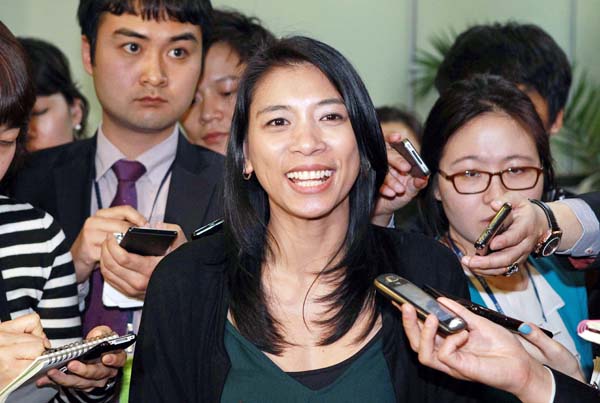 
Jasmine Lee, 35, who was elected as a proportional representative for the ruling Saenuri Party in the April 11 election, tells reporters on April 17 at the National Assembly that she was offended by recent xenophobic posts on the Internet, but she witnessed how tolerant Korean society can be toward naturalized citizens. Lee, who comes from the Philippines, was naturalized after marrying a Korean man. "I will do my best to work for social minorities as well as for multicultural families. I don't want to end up as a token figure in Korean politics." By Kim Hyung-soo