‘And now back to you, sweetheart’: Reporter, anchor set wedding date

‘And now back to you, sweetheart’: Reporter, anchor set wedding date 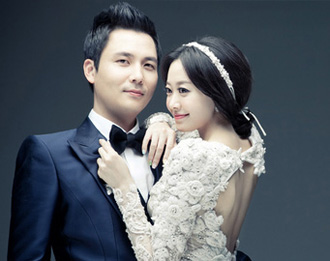 Reporter Jeon Jong-hwan and anchorwoman Moon Ji-ae will walk down the aisle on May 4 after dating for five years.

The wedding will be held at the Villa de Bailey, a wedding center in Sinsa-dong, southern Seoul.

Jeon and Moon began dating after working together at MBC for two years. With the network currently dealing with an employee strike, the two took low-key wedding photos and said the plans were relatively subdued.

Crew members who were present during the photo session said that the two were very courteous to one another.

“The two are both reserved characters but are both full of charisma,” said a representative from Wise Wedding, the company that took the couple’s photos.

“It was so nice to see them respecting one another and the photos turned out so well.”

Jeon and Moon’s wedding will mark the first time an MBC couple has wed since reporters Son Seok-hee and Shin Hyun-sook 25 years ago. By Carla Sunwoo