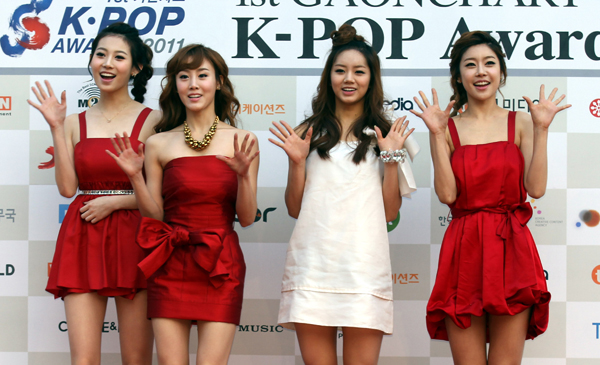 Lady troupe Girls Day will throw three live concerts next month in Japan. The events, to take place in Tokyo and Osaka, will be held between May 2 and 6.

According to the girl group’s Japanese Web site, the concerts will also comprise of a fan meet where the Korean girl group will chat with Japanese fans.

Last month, the band garnered notice when member Yura was cast in the Chinese drama “Secret Angel.” The drama revolves around the twists and turns that take place in the life of a clueless angel. The drama boasts a cast of Korean stars such as singer Jang Woo-hyuk and actress Kim So-eun, not to mention Chinese actor Chun Si-ang.