Tickets for SHINee’s Japanese tour are coming and going

Tickets for SHINee’s Japanese tour are coming and going 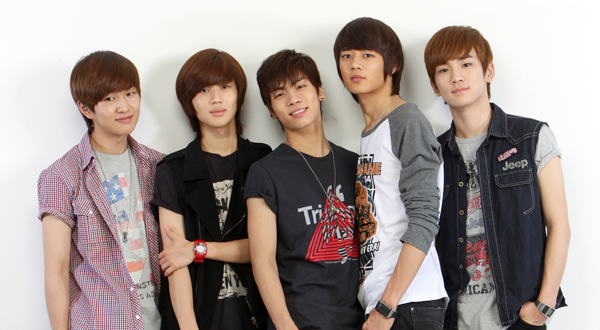 
SHINee’s popularity in Japan has been tested and proven yet again with the band’s Japanese tour selling out concerts within minutes.

The tour, which is set to kick off tomorrow, originally included a total of 14 performances. But with all the tickets selling out the instant they are put on sale, six more shows have been added to the tour of seven cities across Japan.

These additional concerts again sold out within minutes. SHINee has added more seats to the venues to meet demand, although many are classified as “restricted seating,” where obstacles may block a full view of the stage. These tickets have now all sold out as well.

SHINee’s tour will make stops in Fukuoka, Sapporo, Nagoya, Osaka, Kobe, Tokyo and Hiroshima and will entertain a total of 250,000 fans.

Ticket sales are estimated to bring in around 30.7 billion won ($26.9 million) for the Korean boy band.

The band will also release a Japanese version of “Sherlock” as a single album on May 16.