Ssangyong may go to foreign firm

Ssangyong may go to foreign firm 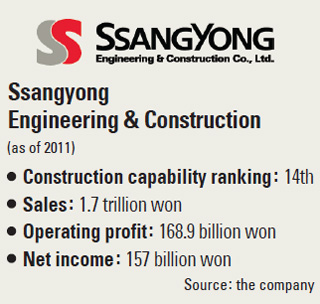 Ssangyong Engineering and Construction, a Korean builder that made its name building landmark hotels in Southeast Asia and the Middle East, is likely to end up in foreign hands as local companies show no interest in buying the construction firm.

After a round of preliminary bidding, Ssangyong said last week that a German engineering company, M+W, and a Hong Kong-based developer, Shui On, were selected as final bidders. Four Korean companies showed interest in the past but opted not to bid. They were Booyoung, a construction company; E-Land, a clothing retailer; Iljin, an automotive component maker; and Purmil, a dairy company.

“Ssangyong is not very attractive for Korean companies,” said an analyst who declined to be named. “Due to the economic slump, local businesses do not have enough money to spend either.”

“Korean builders have a good reputation in the Middle East and Asia, where the construction market is booming,” said Doo Seong-gyu, a senior researcher at Construction and Economy Research Institute. 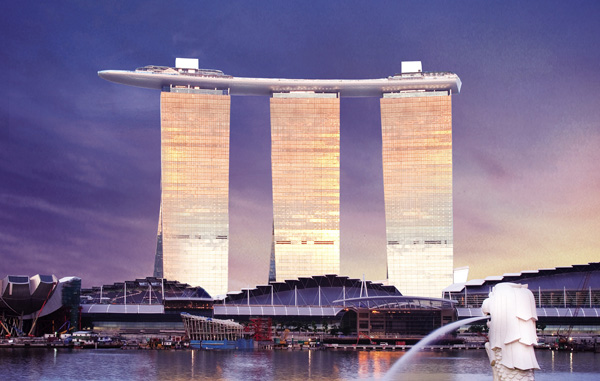 The Marina Bay Sands resort in Singapore, an icon on the city-state’s skyline, was built by Ssangyon g E&C. [JoongAng Ilbo]

Ssangyong is famous for building luxury hotels and resorts in Asia and the Middle East such as the Marina Bay Sands resort and Raffles City in Singapore as well as the Grand Hyatt Jakarta and the Hyatt Regency Guam. The Marina Bay Sands resort, which was completed in March 2010, is considered a technological triumph as it was built on reclaimed land. The resort comprises three towers topped with a 12,000-square-meter (129,166 -square-feet) boat-shaped park connecting the three rooftops. Ssangyong was placed 14th in terms of construction capability in a ranking compiled by the Construction Association of Korea

Creditors own 50 percent of Ssangyong, followed by Korea Asset Management Corp. with 38.8 percent and employee shareholders with 15.8 percent. The rest is owned by Ssangyong Cement and individual investors.

M+W has had its eye on Korean construction companies. The German engineering company partnered with Hyundai Group when the group made a bid for Hyundai Engineering and Construction last year. M+W was the only bidder in preliminary bidding in February. The bidding became invalid because there was only one bidder.

It would be the second time a foreign company acquired a local builder if M+W buys Ssangyong. A subsidiary of Lone Star Funds bought Kukdong Engineering and Construction in 2003 but sold it to Woongjin Group in 2007. 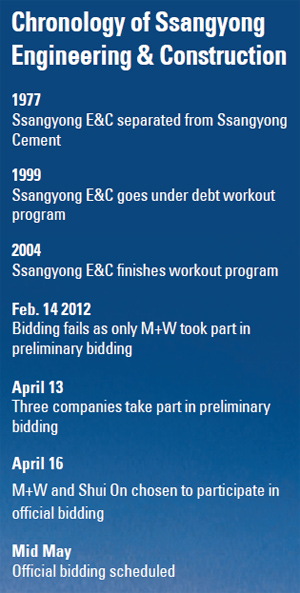 Industry analysts said the lack of local interest in Ssangyong is attributed to a slow real estate market in the country and the builder’s business portfolio.

Ssangyong is famous for building luxury hotels abroad but does not have much experience in overseas plant or home construction, which are seeing explosive growth in the Middle East.

Ssangyong has had a turbulent history since the Asian financial crisis of the late 1990s. The Ssangyong Group dissolved and its affiliates were taken over by its creditors.

The construction arm went under a debt workout program in 1999 and finished it in 2004. During the period, Ssangyong laid off hundreds of its employees and downsized its plant construction operation.

To a question on what employee stockholders think of the situation, Lee Won-hyuk, head of the employee shareholders, said, “There seems be no other choice since there are no Korean bidders. Regardless of bidders’ nationality, we hope that a company that can create synergy will be a winning bidder.”