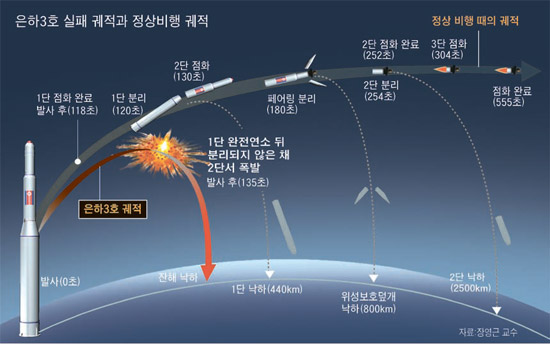 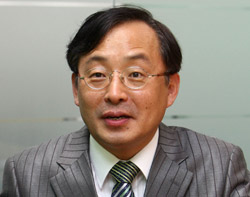 Chang Young-keun, a professor at Korea Aerospace University located in Goyang, Gyeonggi, announced the result of his analysis, the first time a local civil expert completed analyzing the failure of the North Korean rocket. Chang used all the available information from the Ministry of National Defense and other sources to create a computer simulation of the rocket launch.

The rocket, fired from the North’s new launch site in the country’s northwestern Tongchang-ri area on April 13, exploded around two minutes after liftoff and separated into around 20 pieces before sending its debris down to the sea around 100 to 150 kilometers (62 to 93 miles) off the South’s west coast.

Chang claims the computer simulation he used is more precise than that of the defense ministry.

Under the simulation, assuming it was a separation problem, not a defect in the first engine, the debris of the rockets from the explosion fell in the sea off Pyeongtaek and Gunsan, around 400 kilometers away from Tongchang-ri launch base, where the actual debris was estimated to have fallen.

If the first-stage propellant had been separated properly, it would have fallen in the sea off Byeonsan Peninsula, about 410 kilometers to 470 kilometers from Tongchang-ri, the simulation showed.