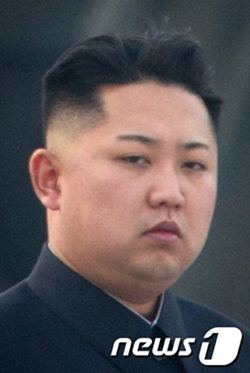 North Korea yesterday threatened the South, saying they would stage “a special action by revolutionary forces” against the Blue House and local media.

“The special actions of our revolutionary armed forces will start soon to meet the reckless challenge of the group of traitors,” the North’s Korean People’s Army’s “unit for special action strategy” said in a statement yesterday.

“The target of our special action is Lee Myung-bak’s traitor group and his rats, including the conservative media that swings public opinion.

“Once the above-said special actions kick off, they will reduce all the rat-like groups and the bases for provocations to ashes in three or four minutes, or faster than that, by unprecedented, peculiar means and methods of our own style,” they said.

The so-called “special unit” pointed out a series of actions by President Lee, which they considered insulting to their sovereign state and the dignity of their leader.

“On April 20, [President Lee] appeared at the Institute for Unification Education, which is a nest of rats, and said, ‘Now what North Korea needs is not only bread but liberty and human rights,’” the statement said. “And he said if we don’t give up our will to develop missiles, they should focus on ‘a change of the North’s system,’ and they should make us ‘reform agriculture and dissolve the cooperative farms,’ which is none of his business.”

The statement continued: “On the previous day, April 19, [Lee] also appeared at a puppet organization called the Agency for Defense Development and touched some shoddy missiles, saying they have the precision and capacity to ‘immediately bomb’ any part of our sacred state. And there, the puppet Defense Minister Kim Kwan-jin and other military, war-like freaks danced to his tune.”

In a response to the North’s failed rocket launch on April 13, the Ministry of National Defense unveiled two high-end missiles never before seen by the public, saying they could attack anywhere in North Korean territory.

The statement also mentioned by name South Korean media organizations it described as “slaves of the traitors.”

“Meanwhile, the slaves of the traitors, the old conservative media, is forming public opinion,” it said. “The broadcasters, such as Dong-A Ilbo, KBS, MBC, and YTN, which are located in central Seoul, are participating in the move.”

While fiery threats against the South are commonplace from Pyongyang, analysts speculated that North Korea could use high-end technology for the forecast provocation.

“Firing a missile toward the South is an act of war, which would be difficult for them,” Yang Moo-jin, a professor at the University of North Korean Studies, told the Korea JoongAng Daily. “They could commit a cyberattack or jam South Korean military communication.”

Yang said it was rare for “a unit for special action strategy” to issue such a statement. “And the target is really specific: the Lee administration and conservative media, which are based in central Seoul,” Yang said.

Yun Duk-min, a professor at the state-run Institute for Foreign Affairs and National Security, told the Korea JoongAng Daily that North Korea appears to want to create an external crisis to consolidate Kim Jong-un’s rule.

“I guess that the North is trying to solidify its internal power structure by creating a crisis outside in the aftermath of the failure of the missile launch,” Yun said. “And that means they are having trouble in consolidating internal powers, with the possibility of military officials challenging the new leader Jong-un.”

Cheong Seong-chang, a senior fellow at the Sejong Institute, said the so-called special action must have been the work of new leader Kim Jong-un, showing a hawkish attitude in dealing with South Korea.

“From a cyberattack on the homepages of the Blue House, government-backed organizations or local media to biological terror, an active response to any kind of provocations seems to be needed,” Cheong said.

“It would be a realistic judgment to see Kim Jong-un as the most hard-line person, exhorting North Korean officials to be hostile against the South,” Cheong said. “Considering his pragmatic and hawkish personality along with his lack of experience as a policy maker, the North Korea of Kim Jong-un could be much more threatening and hard to control than his father’s.”