Police let man go before he stabbed woman to death

Police let man go before he stabbed woman to death 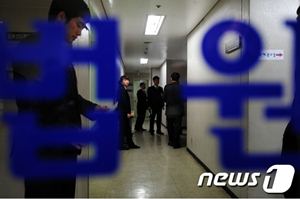 The Geumcheon Police Precinct in Seoul arrested a 44-year-old Korean-Chinese surnamed Lee yesterday on charges of stabbing his ex-girlfriend to death on Saturday.

The murder happened less than three weeks after the Seoul Southern District Court rejected the police’s previous request to issue an arrest warrant for Lee earlier this month on charges of violent crime.

According to the police, Lee is suspected of having fatally stabbed his 43-year-old ex-girlfriend surnamed Kang, also an ethnic Korean from China, 32 times in the face, neck and heart with a knife at her house in Gasan-dong, Geumcheon District in southwestern Seoul, on Saturday.

Lee fled and remained hidden at his friend’s house near Hwaseok Station in Suwon, Gyeonggi, until he was found by the police 19 hours later on the same day he committed the crime.

The police investigation showed that Lee, who came to Korea more than a year ago, dated Kang and lived with her since September last year. They met each other through an acquaintance.

Their relationship soured in late February when Kang notified Lee that they should break up, blaming his financial incompetency and difference in character.

She then left him and they lived separately. They had continuous quarrels even after the breakup, as Kang asked Lee to pay back the living expenses she had paid for him when they lived together.

Lee asked Kang to reunite but she refused so Lee abducted her on March 21, took her to his house and over four days raped her several times.

On March 24 she escaped from his house and reported what happened to the police.

Lee was then brought in for questioning by the police, which requested the court issue an arrest warrant on April 2. The next day, however, the Seoul Southern District Court rejected the police’s request, saying, “There is low possibility that the suspect will run away.”

Afterwards, Lee, who was dismissed from the police, headed to Kang’s house and murdered her for previously reporting him to the police.

The Geumcheon Police Precinct in Seoul said yesterday that it has re-requested an arrest warrant on Lee for murdering his ex-girlfriend after being dismissed and the court accepted the request. Lee told the police that he committed the crime out of anger.

“When we asked the court for an arrest warrant the first time we appealed that there is a high possibility that he’d commit another crime but it looks like the court made its decision placing emphasis on the protecting the offender,” said a police official. “If Lee had been detained at that time, Kang wouldn’t have been killed.”

A court official, however, said, “It was difficult to issue an arrest warrant in the first request because it was unclear whether or not he had committed sexual harassment.”