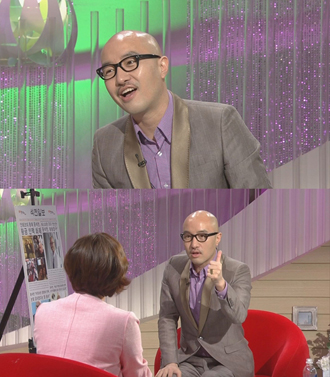 Korea’s prominent openly-gay celebrity Hong Suk-chun revealed that his relationship with current boyfriend was on the rocks.
On an episode of JTBC’s “Park Kyung-rim’s Oh! Happy Day” to be aired on April 25, Hong said he regretted having talked about his boyfriend publicly.

“After his identity was revealed, he feels as if he is being watched. It’s gotten to a point where I’m wondering whether I should let him go,” said Hong of his twenty-something boyfriend.
“Regardless, even if I were to break up with him, he will be the center of attention again, so it’s a dilemma.”

Hong also took the opportunity to say that Korean society was still a lot behind when it came to accepting homosexuality.
By Carla Sunwoo [carlasunwoo@joongang.co.kr]