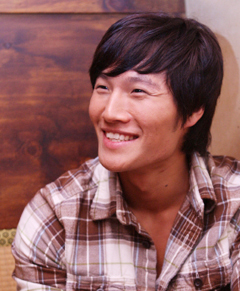 Singer Kim Jong-kook is set to make a return to singing after a two-year hiatus. Kim’s representative told local media on Tuesday that his new album will be released sometime in May.

“There is a possibility that it will be postponed until June, but we are aiming for May. Kim held a fan meeting on Sunday and the fans have been notified about the announcement already,” said Kim’s agency representative.

For the last two years, Kim has been a regular on the SBS show “Running Man.” Earlier this year, he also made a cameo role in the movie “Wonderful Radio.”

On Kim’s preparations for his comeback and the release of his seventh album, his agency said, “Kim is currently deciding which song should be the title track.”

Kim embarked on his career as a singer as part of the duo Turbo back in 1995. Kim has also found success as a solo artist, with hit songs such as “One Man” and “Lovely.”

As well as carving a niche for himself in the entertainment industry as a singer and TV personality, the 37-year-old singer is best known for his buff physique.