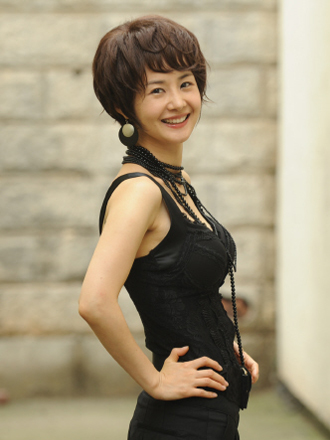 Actress Kim Ka-yeon has used her Twitter account to vent her furor at false reporting that speculated that she would soon trot down the aisle.
“There is no wedding plan. Thanks for your concern but really, you don’t have to set a date for us. I haven’t even been proposed to yet,” said Kim on April 23.

The speculations began when during a taping of “Olive Show” on April 24 when Kim was asked by the host as to when she’d marry.
The comments Kim made about wanting to get married, “before it gets too cold,” drove media into writing up a flurry of stories about a wedding in the near-future.
“We’ve been dating for four years. When it’s time, we’ll take the initiative to do it,” said Kim.

Previously Kim had joked that as she was eight years her boyfriend’s senior, she wouldn’t mind doing the proposal herself.