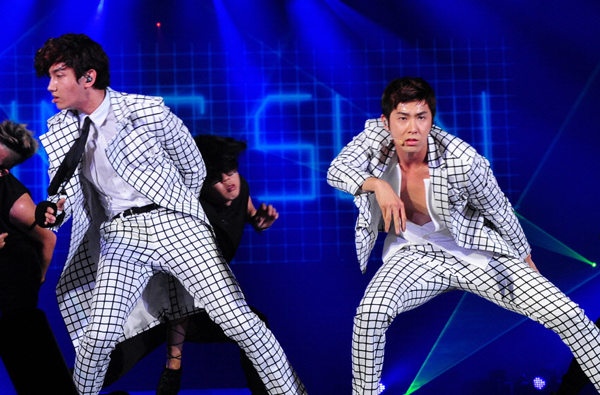 
Korean duo TVXQ successfully wrapped up its “Live Tour 2012- Tone” on April 23. In total, the tour was attended by more than 550,000 fans after kicking off in January in Yokohama and coming to an end in Osaka.

No other K-pop artist has entertained as many fans in one tour and it is a phenomenal feat even for top Japanese performers.

The shows, which lasted on average around three hours, were jam-packed with dynamic performances and speeches given by the band in Japanese.
The latest special effects and maxi-screens were utilized for the show.

“The reason that we are here is because of you. Without your support we would have never made it. We’ll continue to become the best that we can,” said the band at its final performance.