How rapid change has led to branding confusion

How rapid change has led to branding confusion 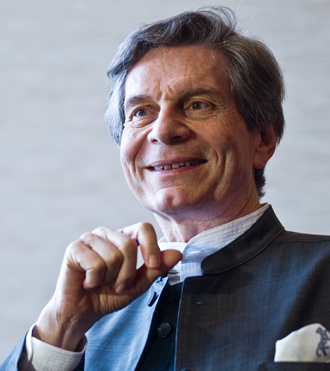 The renascent Korean Wave may be sweeping the world these days, but French intellectual Guy Sorman fears it may soon lose its momentum unless the private sector steps in.

Sorman, who was visiting Korea for a seminar hosted by the Institute for Global Economics dubbed “Culture, Korean Economy and the Korean Wave” told the JoongAng Ilbo in Seoul on Friday that he couldn’t see much effort from the government and local companies to make Hallyu sustainable. He said support for artists should be reinforced and shared his thoughts on how Korea could better promote its traditional and modern cultural assets to boost its national brand.

Sorman, who was born in Paris in 1944, graduated from the Paris Institute of Political Science in 1964 and from France’s National School of Administration in 1969. He has taught economics at Paris University and been invited to lecture in China, Russia, Argentina and the United States.

He has also authored more than 20 books, including “The American Conservative Revolution” (1983), “Exit from Socialism” (1990), “The Children of Rifaa: In Search of a Moderate Islam” (2003) and “The Empire of Lies”(2008). He has also counselled numerous state leaders including President Lee Myung-bak, who he has been serving in the role of global advisor since 2008.

Q. How do you see the current state of the Korean Wave?

A. My first observation is that it’s only in Korea that you call it the “Korean Wave.” I never heard that expression outside Korea. When young kids in Paris listen to Korean music, they don’t say “this is the Korean Wave,” but instead they say, “this is an interesting pop group.”

But something is happening for sure. What is happening is that some Korean musical groups have found their way to become global. They are just part of a global phenomenon that is pop music. In this global phenomenon, you can have Korean groups, French groups or German groups, and they’re all part of global civilization. The Korean musical groups are part of a global wave, which is itself a creation of the global music scene, where youngsters in any civilization can identify themselves.

And because of this, it can be short-lived because it’s not very specific. These groups could be replaced tomorrow by others from a so-called “Chinese Wave” or “Australian Wave.”

Does Korea have a strong branding overseas? What is it’s identity, in your opinion?

Korea could be said to be having an identity crisis, in a way. Because this country is changing so fast, it’s difficult to follow for foreigners, and maybe for Koreans as well. Part of Korean culture is very much rooted in the past, and you have a very strong family tradition, a lot of discipline - which stems from Korea’s ancient history - but you also have a new or modern Korea, which is more global and business-oriented.

I think most Korean people are in between these two worlds. So maybe this confusion regarding the country’s branding is both a mirror and reflection of this sense of confusion in people’s minds .?.?. [But] in strictly economic terms, you must make a choice. What strikes me is that, for years, the government itself has been incapable of making that decision.

What do you think of the title “Land of the Morning Calm”?

This phrase actually comes from India, from Rabindranath Tagore, and it is probably the description he chose when he visited Korea over a century ago. Later, [former] President Kim Dae-jung became very irritated with this concept and changed it to “Dynamic Korea.” But I told the president that everybody is dynamic these days, and dynamic doesn’t say anything about Korea, so you have to find something else.

My position is not culture but rather marketing oriented. In this kind of economically strong country, you need to have a strong national brand and you need to make clear marketing decisions.

Personally, I like “Safe Korea,” except that you have North Korea next door! It’s rather a safe country. It’s democratic and it’s developing. But I think choosing a national brand has to be a professional business.

When they want to sell a product abroad, private companies like Samsung or Hyundai call a marketing or public relations company to conduct some research and then find the right logo or strategy. But the Korean government doesn’t act in such a professional way at all [when promoting the country].

I urged President Lee to ask a global advertising company to do some research and start, not from [what you want to say], but from people’s expectations. But the president told me that the law does not allow this. So I suggested he change the law. I really don’t understand why the government cannot be as professional as large Korean companies.

Some chaebol have been accused of concealing their country of origin rather than helping promote Korea. Where do you stand on this?

When they started to conquer the global market in the 1960s and 1970s, these companies knew that Korean brands would not sell easily, so they decided to water down the Korean flavor. This was done for purely commercial reasons and was perfectly rational. It has served them well until now.

But I think today, as competition is increasing, is maybe the right time to add [more of] a Korean dimension to their products, and this could be helpful. Twenty years ago, nobody wanted to buy a cell phone from Korea, but today the situation is different because Korea has a stronger national image.

Korea today is confronted - not just by competition from the U.S. and France but also from China. Consumers will soon have to choose between a Chinese car or a Korean car. And maybe people will prefer buying a Korean car if they know it’s made in Korea.

Is the government doing enough?

I was so disappointed that the Korean government and private sector are not supporting Korean artists. Last year, there was Lee U-Fan exhibition at the Guggenheim Museum in New York, and I said to the government that it should not miss this opportunity. But nothing happened. I brought friends to see the exhibition and told them that the artist was from Korea, but they said they knew nothing about him and asked questions about the country. I think there have been lots of missed opportunities. The same goes for Korean movies. They are very popular in France, but little is being done to promote them.

How do people perceive Korean movies in France?

Movies are successful when they are so different. Some Korean movies feature extreme violence and appear shocking to us, because we are not accustomed to that kind of violence. But it’s not just violence for violence’s sake. It explains the complexity of society and social conflicts.

You guys have an incredible national museum in Seoul, but nobody talks about it, there is no promotion, and no cultural exchanges. Who goes there? Just children, right?

I can’t understand why Korea invests so heavily in this museum and then does nothing with it. I talked to [former] President Roh Moo-hyun and [incumbent] President Lee Myung-bak, but still nothing happened. I think this museum could be a great instrument to promote Korea abroad.

It’s completely differently from China or Japan because of its ecstatic simplicity. When you visit a museum and you see sculptures or pieces of pottery made centuries ago, they have continuity and simplicity.

I like moon pottery [jars made of white porcelain]. Korea used to be a poor country, but this pottery enabled the impoverished to express their own sense of joy. I haven’t seen anything like it anywhere else in the world.