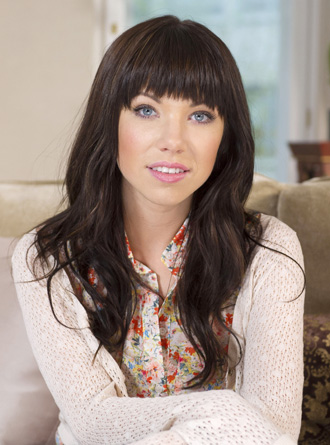 LONDON - Carly Rae Jepsen says she had a shock when she saw Justin Bieber singing along to her song, “Call Me Maybe.’’

The 26-year-old Canadian singer was talking to her mother on the phone when his YouTube parody popped up online.

Jepsen initially thought it was just a bunch of fans lip-synching to her track. She says: “I was like, ‘That guy looks like Justin Bieber and that girl looks like Selena Gomez’ and by the time Ashley Tisdale came on I was like ‘Mom, I got to go’ and I had a little freak-out.’’

The video has now clocked nearly 35 million views on YouTube. Bieber’s support has helped the song hit the iTunes top five and take No. 1 spots in the U.K., Canada and Australia. AP