Jasmine Lee gets the attention of Philippine leader

Jasmine Lee gets the attention of Philippine leader 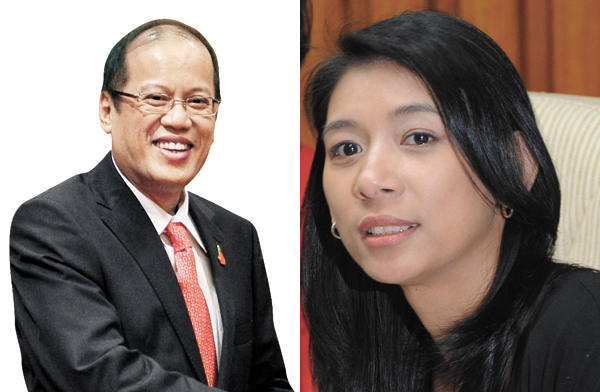 
Jasmine Lee, a Philippine woman who is the first naturalized Korean to become a member of Korean parliament, has drawn so much attention domestically and internationally that even the president of the Philippines wants to meet her.

The 35-year-old widow was elected as a proportional candidate of the ruling Saenuri Party in the April 11 legislative election.

Her historic victory made headlines in the local media in the Philippines, detailing her struggles as a civil servant and part-time actress after her Korean husband’s death in 2010.

“After the Philippine Embassy in Seoul heard Lee will soon visit the Philippines, President Aquino conveyed a message [to the embassy] that he wants to meet her in the Philippines,” a Saenuri Party official told the JoongAng Ilbo.

However, Lee, disheartened by the recent xenophobic attacks by some Koreans, has become reluctant to attract too much attention from the media and postponed her visit to the Philippines, the ruling party official said. Accordingly, the meeting with the president is also expected to be delayed.

A close friend of Lee’s told the JoongAng Ilbo that Lee said, “Although it is honorable meeting the Philippine president, I’m worried that my visit to the homeland would draw too much attention.”

Before she became a lawmaker, she used to visit her hometown on Mindanao Island once or twice a year to see her mother, sources told the JoongAng Ilbo.

Although the meeting with the president is postponed, Lee has already met with Philippine Vice President Jejomar Binay. When the vice president made his visit to Seoul to attend the Seoul Nuclear Security Summit in April, she had a chance to see him at a meeting of Philippine expatriates in Seoul.

Local Philippine media ABS-CBN reported that Binay told her to “give hope not only for Filipinos but for all migrants and immigrants.”

The vice president also celebrated after she won the election, saying, “Jasmine Lee brings pride to every Filipino for her passionate advocacy of migrant rights. As a member of parliament, she will surely be a strong voice not only for the Filipino community but for all migrants in South Korea,” the ABS-CBN reported.

Political observers told the JoongAng Ilbo that Lee has refrained from making official appearances in public since the election because of some xenophobic Koreans slandering her through Twitter or e-mail. Local media in the Philippines are also covering her struggles with the “racist attacks.”

She has publicly told reporters that although she was disheartened by the attacks, the election was “an opportunity to prove how much Korea embraces expatriates.”