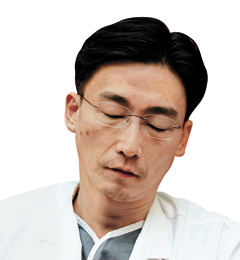 One of the long-cherished dreams of Lee Guk-jong, a prominent physician at Ajou University Hospital, is to build trauma centers across the country so that emergency patients with severe injuries can be saved by receiving treatment on time.

As the doctor who led the medical team that treated Seok Hye-gyun, the captain of the Samho Jewelry freighter who was shot during a rescue mission after being captured by Somali pirates last year, Lee strongly believes that trauma treatment was what saved Seok.

Now there is less hope, however, of Lee achieving his long-time dream because the related bill that amends the country’s emergency treatment law to allow the building of trauma centers failed to pass the National Assembly on Tuesday during their last voting session.

Instead, lawmakers clashed over a bill designed to remove violence from the legislature.

And Lee is getting more frustrated as he blames the government’s indifferent attitude as well as the parliament’s incompetence to pass the bill.

Last December, the bill passed the parliament’s Health and Welfare Committee and went to the Legislative and Judiciary Committee in February. But there has been no progress since. If the bill doesn’t get passed during the 18th National Assembly session, the proposal automatically gets thrown out.

“Only if Korea is able to develop its medical system further in terms of treating external injuries, around 10,000 patients will be saved from death every year,” Lee said with a sigh.

Many small hospitals don’t have the resources to cure serious trauma injuries. Patients die after being moved from one hospital to another many times without receiving proper care.

When Seok was saved last year, President Lee Myung-bak, former Democratic Party (now Democratic United Party) Chairman Sohn Hak-kyu and other politicians along with the Ministry of Health and Welfare had promised to build trauma centers to avoid deaths caused by treatment delays, but the bill failed.

“Even when irregular workers quit their jobs, they finish their work before handing it over to other employees,” the doctor said. “[Legislators] not being able to finish their work [which is passing bills] is a problem of ethics.”

Lee said that the bill to allow building trauma centers isn’t controversial and has been agreed upon by the parties, but the parliament wasn’t passionate enough to push it through.

In Korea, more than 30,000 trauma patients die every year, of which 35 percent could be saved with proper treatment.

Currently, the government has temporarily expanded the budget to 200 billion won ($175.2 million) per year from 2010 to 2012, but the bill allows the expansion to continue until 2017. Without the amended bill, however, the government has no budget to build trauma centers and has only 40 billion won to spend next year on emergency treatment funding.

If the bill had passed the Assembly, the Ministry of Health and Welfare had planned to build five trauma centers, but it virtually gave up.

Even worse, next year it will not be able to operate two medical helicopters that it started operating last September because it no longer has the funds it needs - about 6 billion won per year.