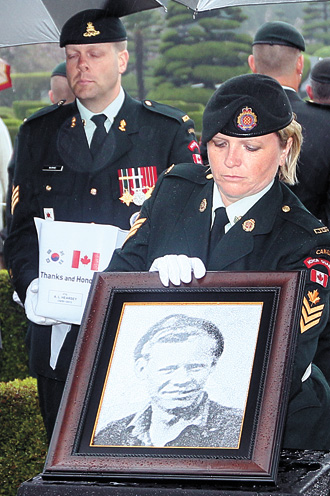 Canadian soldiers yesterday bring together the remains of Archibald Lloyd Hearsey with those of his older brother Joseph Willian Hearsey, who died in the Korean War (1950-53), at the UN Cemetery in Busan. The younger brother died last year and wanted to be laid to rest with his brother.