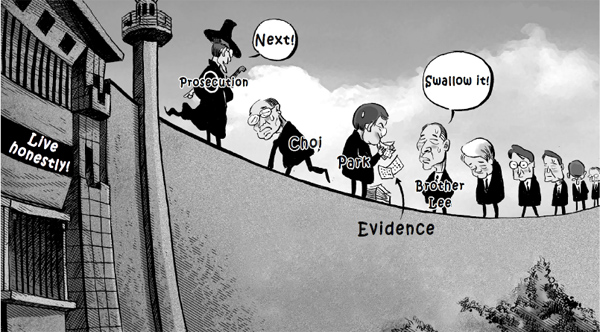 President Lee Myung-bak’s associates face corruption investigations led by Choi See-joong, former chairman of the Korea Communications Commission, and Park Young-joon, former vice minister of knowledge economy, for allegedly receiving bribes for a development project and reportedly attempting to destroy evidence of the bribes. Lee’s brother Sang-deuk advises Park, who hails from the same region, to gobble up the evidence.