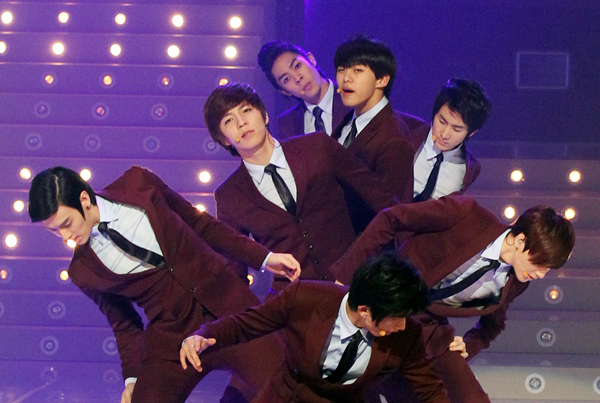 It was the boy band’s first single in more than eight months and is the title track of the soon-to-be-released EP. The song snagged the No. 1 slot on Bugs Music Chart and was one of the most frequently tweeted words on Twitter.

The seven-member K-pop band has already begun promotions for its sixth EP, performing on “M! Countdown” at the Saitama Super Arena in Japan on Wednesday.

U-Kiss has been mostly overseas for the last seven months and the band members said they can’t wait to reconnect with Korean fans.

The boy band has been asked to perform at the 2012 “Evento 40,” an annual pop festival in Colombia on May 11 and 12, becoming the first-ever Asian artist to be invited to the South American event.

The group will be performing alongside the likes of Colombian starlet Shakira. By Carla Sunwoo