Korando launches in S. Africa a mark of Ssangyong’s intent

Korando launches in S. Africa a mark of Ssangyong’s intent 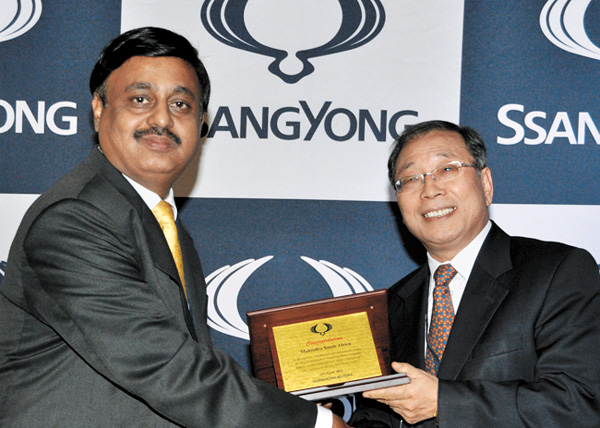 Ssangyong Motor launched the Korando C and Korando SUVs in Johannesburg on Tuesday, the automaker said in a press release yesterday.

Ssangyong launched the two vehicles marking its foray into the African nation, where it is cooperating with Mahindra & Mahindra.

Choi Johng-sik, right, vice president of Ssangyong’s sales division, participated in the recent launch along with Mahindra South Africa CEO Ashok Thakur and regional dealers. There were also test drives organized for the media. Ssangyong plans to export 10,000 vehicles to South Africa by 2016 and increase the number of dealerships from 19 to 30 by the end of this year. Ssangyong sees the country as a stepping stone to expand sales in Africa.